This morning we left the hotel at 8:00 for a drive down to Hout Bay on the Chapman Highway.  We stopped for a photo opportunity with Tom pointing at the Sentniel.  We continued along the coast until we reached the Cape of Good Hope where we rode a funicular to the lighthouse at the top and then walked the steps back down.  Our next stop was Cape Point and then we stopped for lunch at Simon’s Town. 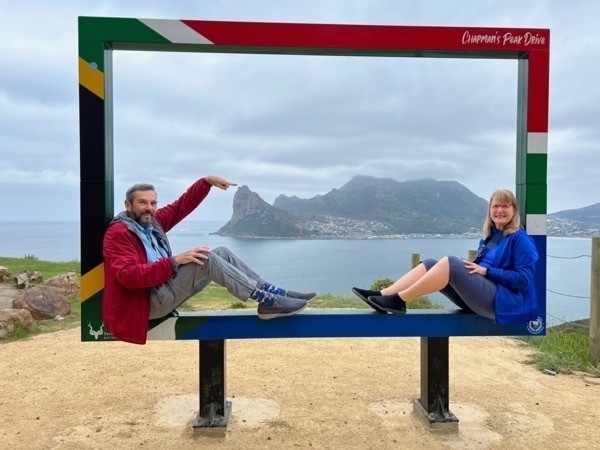 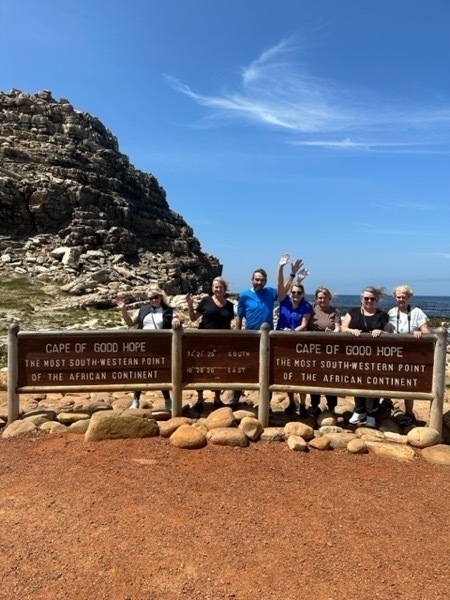 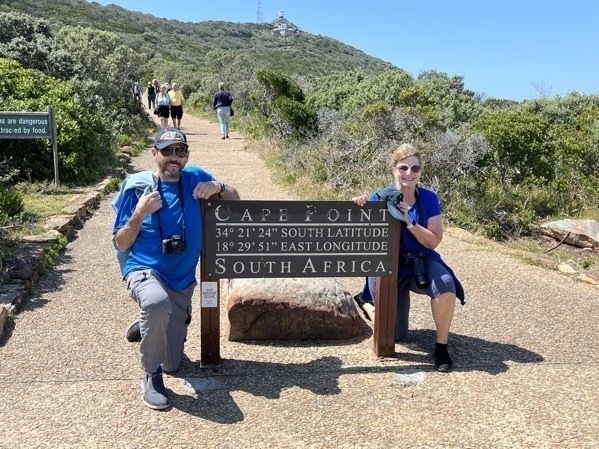 Riding up to the top of the point. 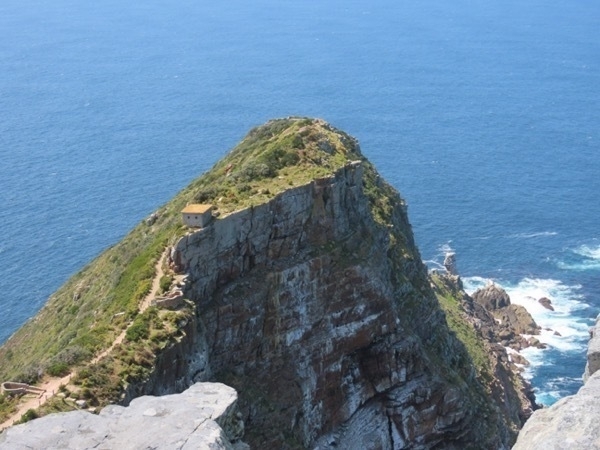 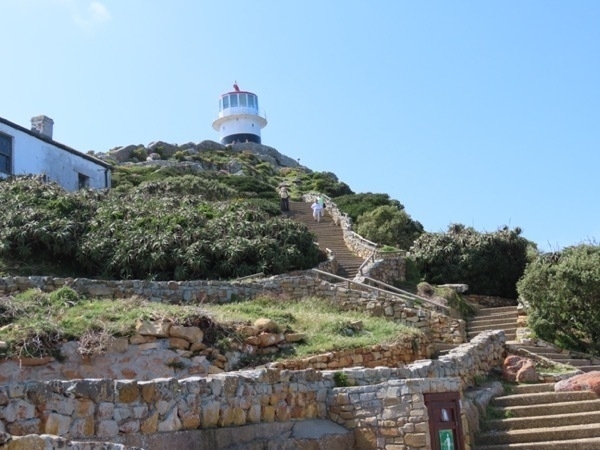 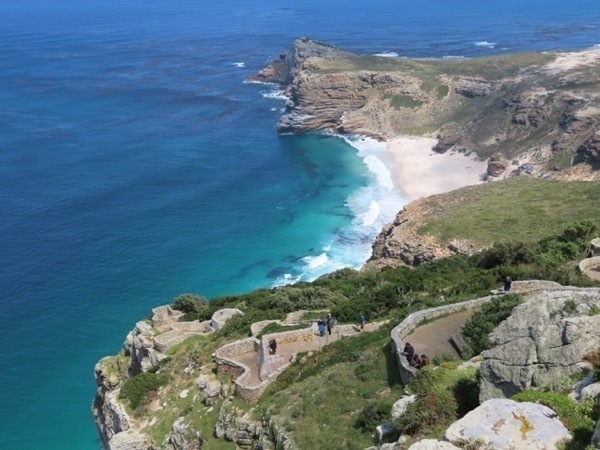 We ate lunch at Bertha’s in Simon’s Town before visiting the Boulders Visitor Center Penguin Colony. 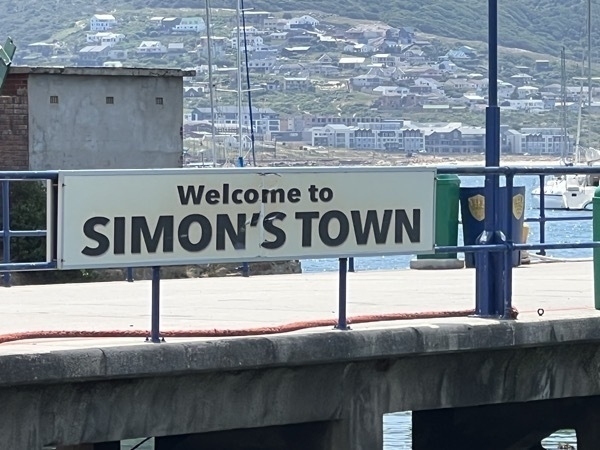 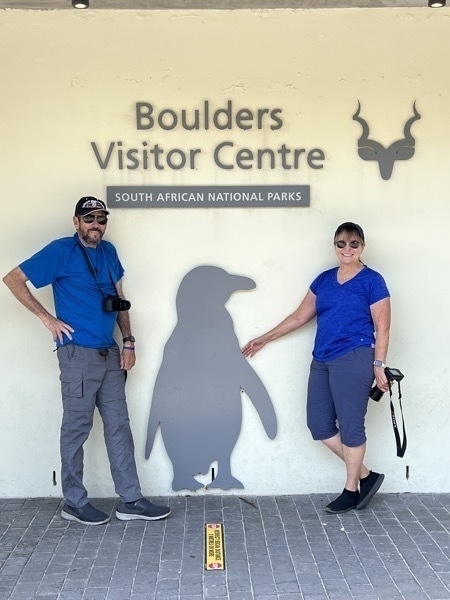 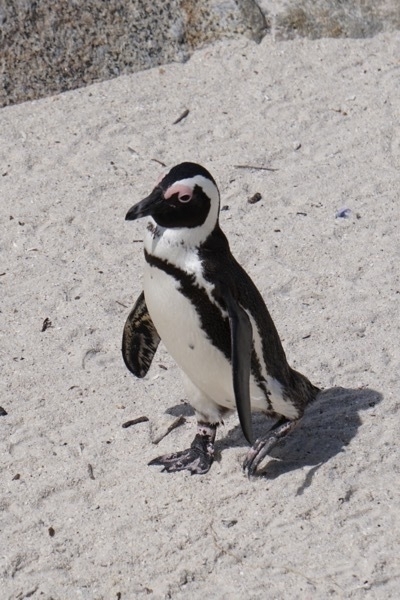 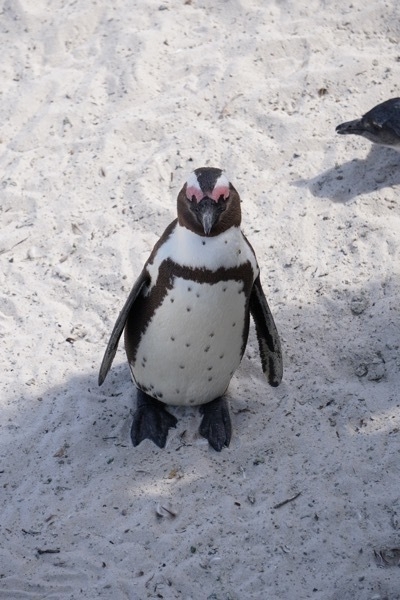