The road was absolutely horrible and the ride was rough from the Palm River Hotel to our new location. We traveled by small bus into very remote areas where we drove by small villages along the way.  Each “village” contains the parents’ hut, Childrens’ hut, grandparent’s hut, and the outside kitchen.  There were road cows and goats walking along the road as we drove past. 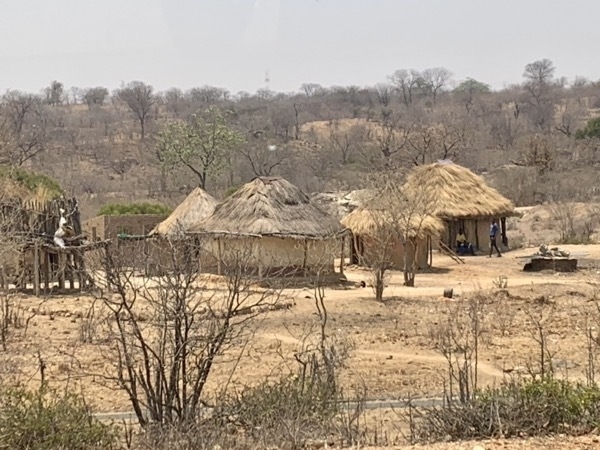 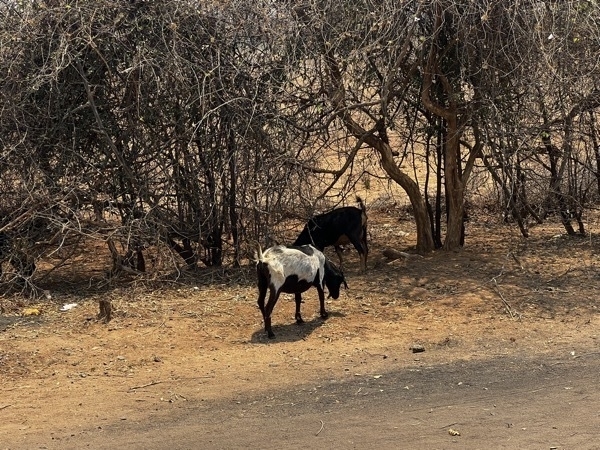 The Iganyana Tented Camp, located outside of Hwange National Park , is the destination where we will be spending the next three nights. Once we were near the tent camp, our luggage and we were transferred from the bus to two safari jeeps to be driven into the camp. 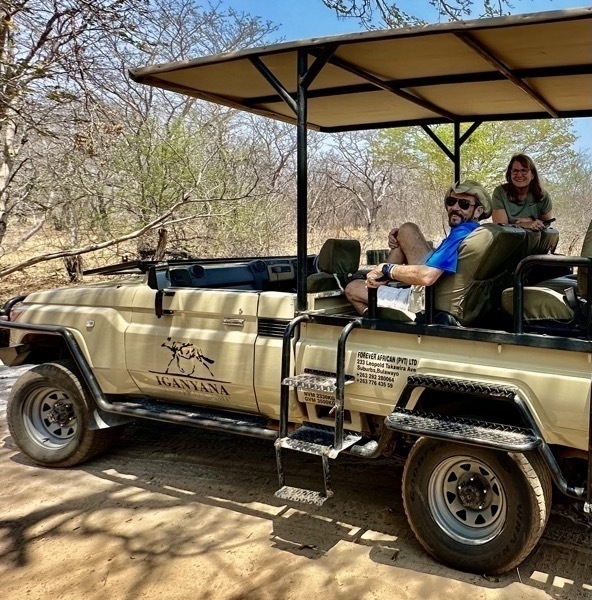 Our driver Dome (pronounced do me) 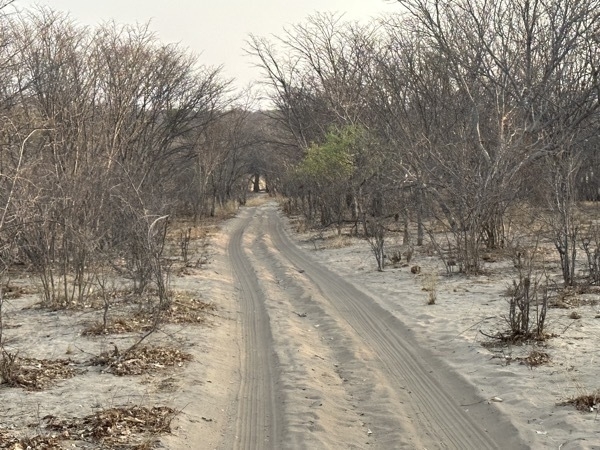 The road into the camp

Our beautiful tent.  It has an air conditioner and electricity, but the generators don’t run when we are out on a game drive.  When we walk back to the tent and go inside, the heat is oppressive.  It takes about two hours to cool it down to a bearable temperature, but as it becomes evening, the temperature drops outside and the inside temperature is quite comfortable .  The generator turns off at 10:00 and we can unzip the tent flaps and are able to sleep quite comfortably. In fact, it gets very cool at night (low 60s). 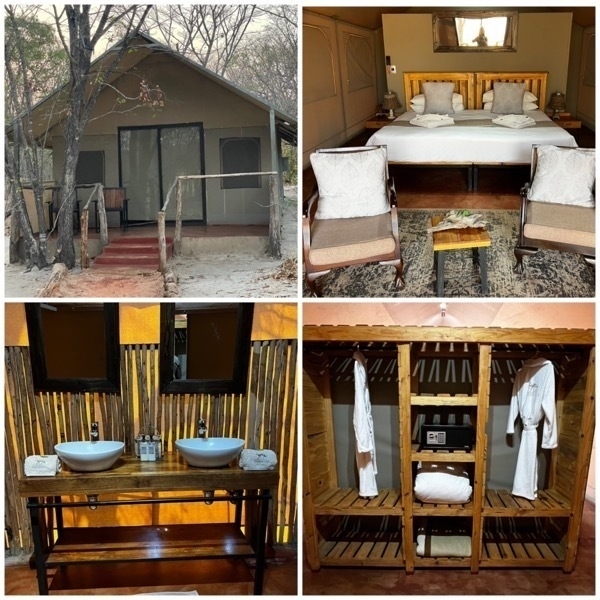 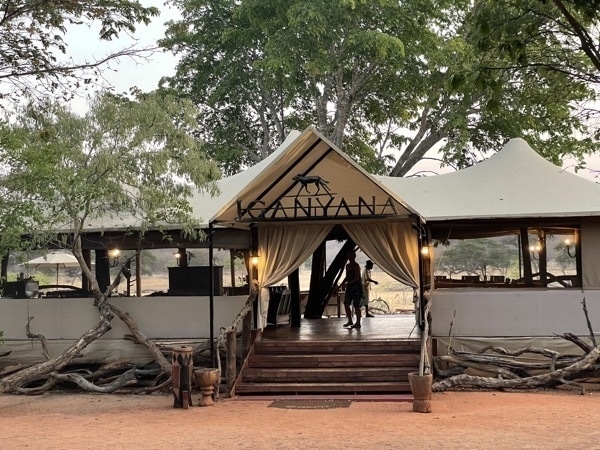 This is the entrance to the lounge area, where we dined and had access to wi-fi.

While we were eating lunch on the deck, a small herd of elephants came right up to the pool to get some water to drink. Seeing them so close was absolutely incredible. 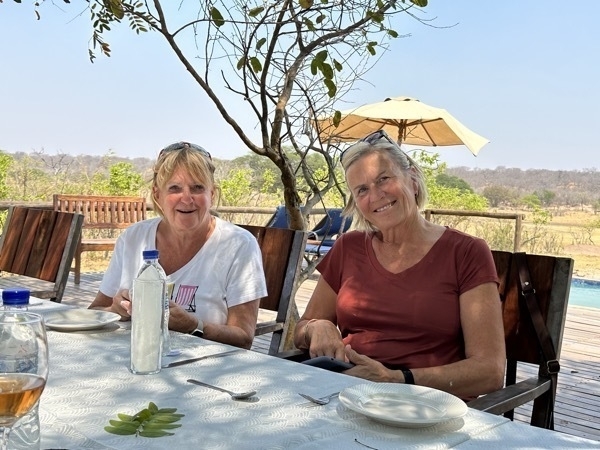 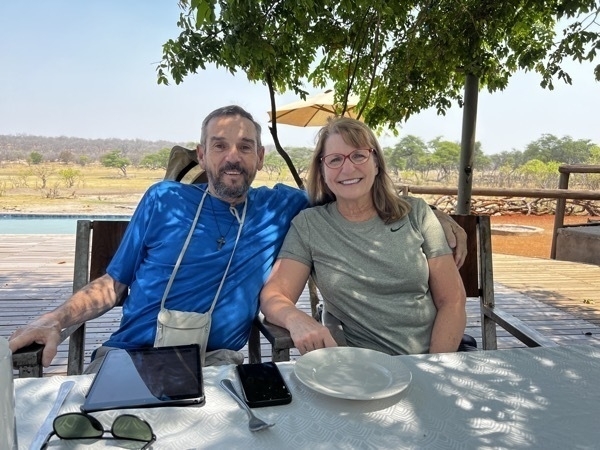 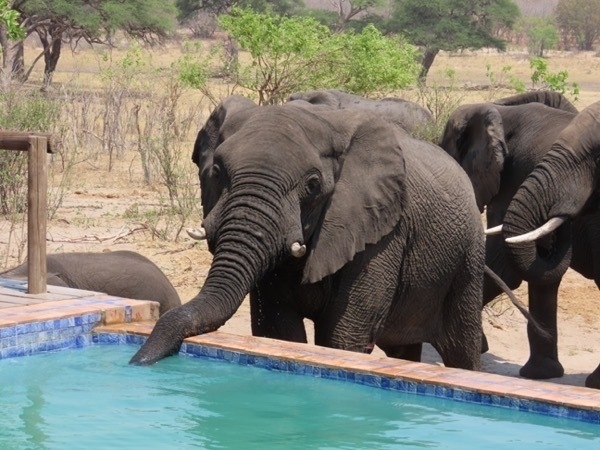 The water is chlorinated, but the elephants don’t seem to mind!

We took our first game drive in the afternoon when the temperature was 105 degrees.  Although the jeep had a canopy for sun protection, the temperature was oppressive, but we saw some amazing sites! Our driver and game ranger Ray was extremely knowledgable and made the game drives very interesting. 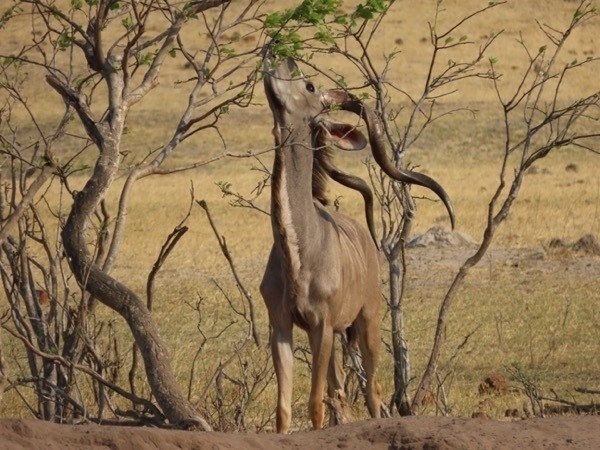 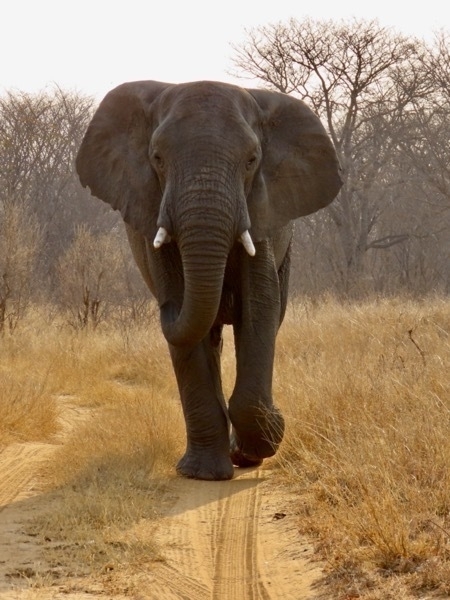 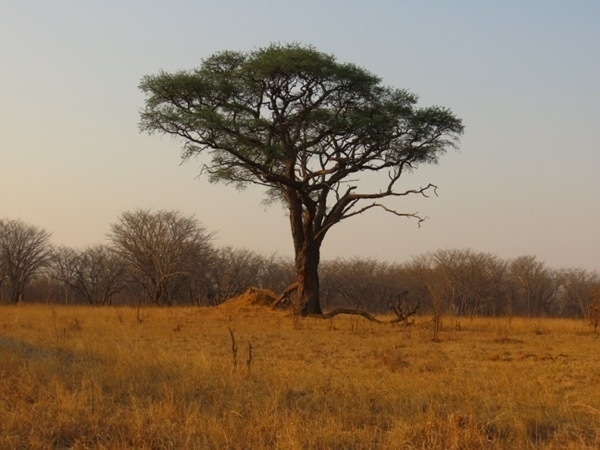 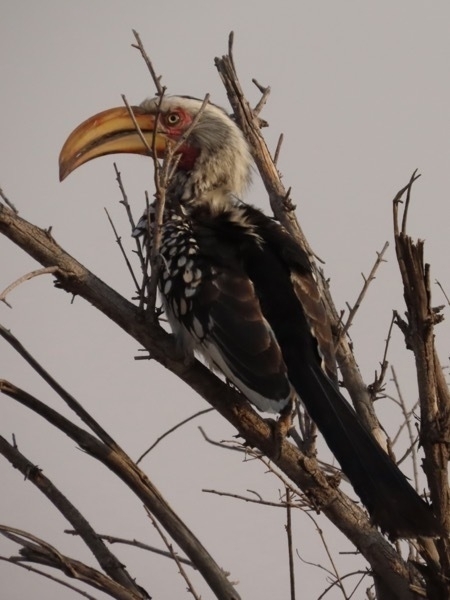 A giraffe out for a walk in the woods 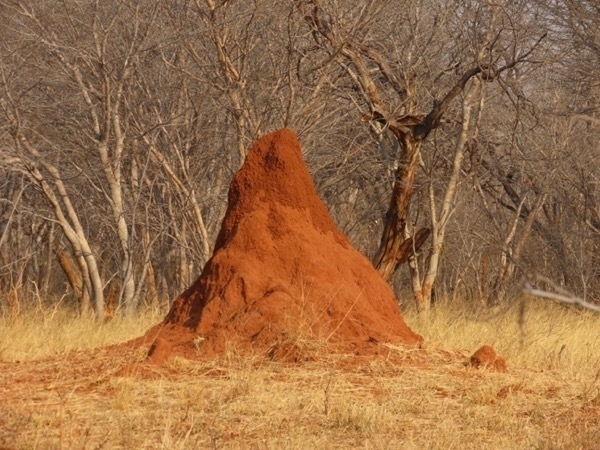 This termite mound is approximately 4 feet tall, but is 3-4 times that large underground where the termites actually live. Termites in Zimbabwe build gigantic mounds inside of which they farm a fungus that is their primary food source. The fungus must be kept at exactly 87 degrees F, while the temperatures outside range from 35 degrees F at night to 104 degrees F during the day.

The mound is constructed out of a mixture of soil, termite saliva and dung. Although the mound appears solid, the structure is incredibly porous. Its walls are filled with tiny holes that allow outside air to enter and permeate the entire structure.

There is a queen and king termite, workers and soldiers. The workers go out of the mound in search of food for the colony and bring it back through underground tunnels that lead back to the mound.  Elephant poop is all grain.  The termites cover the elephant dropping with mud, so the temperature inside the dropping is cooler.  Once it is coated with the mud, the termites eat all the grain and transport it back to the mound to regurgitate it to residents in the mound.  After the termites are finished with the elephant droppings, all that remains is the hollow dirt that once coated the dropping. 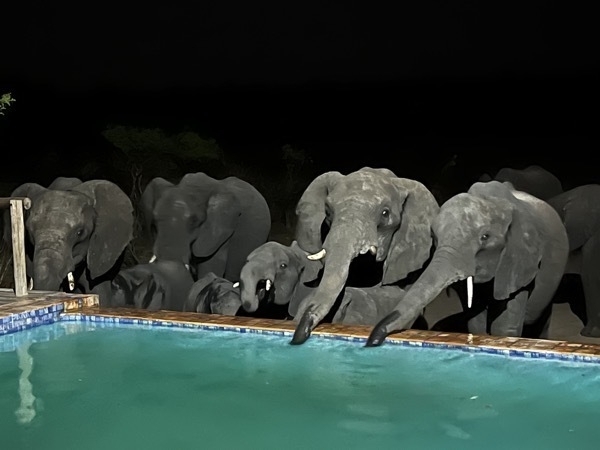 The elephants returned in the evening and stayed for over an hour and a half .  It was the highlight of our day!