After breakfast at the Houghton Hotel, we boarded our 16 passenger bus for a narrated tour of Soweto, South Africa. This area was originally set aside by the South African white government for residence by Blacks, it adjoins the city of Johannesburg on the southwest; its name is an acronym derived from South-Western Townships. It is the country's largest Black urban complex.

Soweto grew out of shantytowns and slums that arose with the arrival of Black laborers from rural areas.  These areas today have no running water in the homes or toilets.  There are Porta Potties inside the neighborhoods where ten families use ONE potty.  Trash pickup is supposedly once a week, but the whole area is covered in trash as though there were no pick up at all. 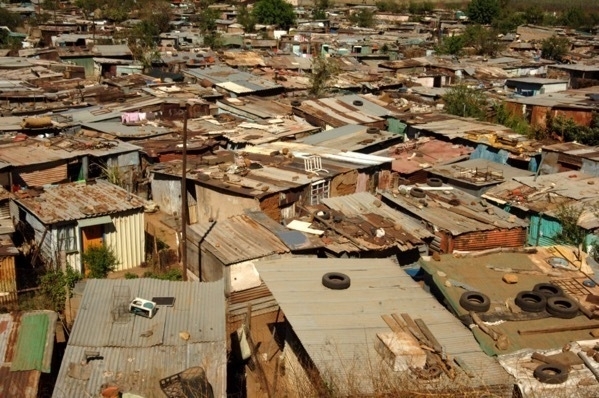 We passed neighborhoods with long buildings called hostels which were built to be used by men only.  There is no privacy in these buildings, no sanitation and no running water.. A person’s personal space and now often a family's space is only limited to the space immediately surrounding a single bed, hence the term “bedhold.” Apartment buildings were built in an attempt to deliver decent living conditions, but these particular buildings pictured below have been vacant in the nine years since they were built because they are unaffordable to the people that need them. Nelson Mandela is the former president of South Africa. He was a protester, prisoner, and peacemaker. He was a hero for South African non-whites by getting rid of the apartheid system during which time he was infamously incarcerated at Robben Island Prison (1964–82). 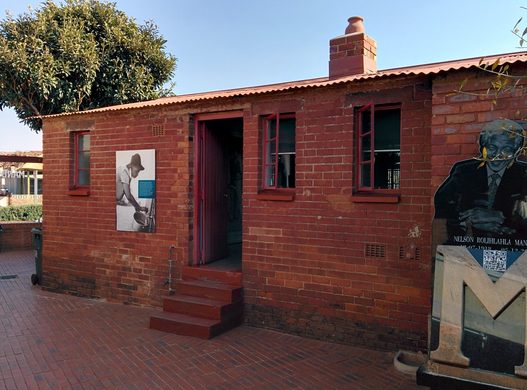 Nelson Mandela lived here with his family from 1946 until his arrest in 1962.

He became famous in South Africa for his political and anti-apartheid activism during this period. His second wife Winnie Mandela and their children remained here throughout his imprisonment. Winnie was subjected to routine harassment and imprisonment herself during her husband’s incarceration. He only lived there 11 days after he was released from prison in 1990. The house had no electricity.  Cooking was done of the wood stove which was also used to heat the house. 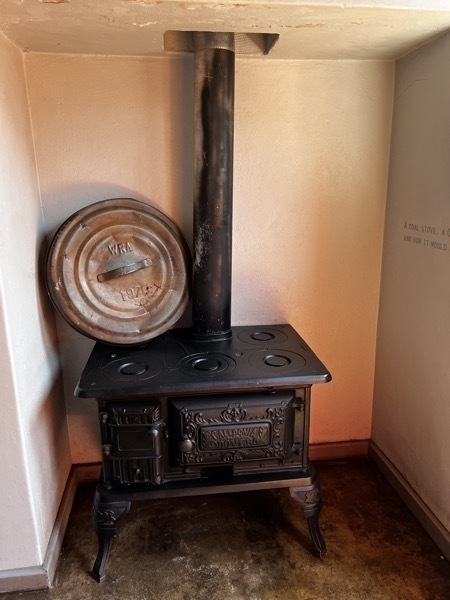 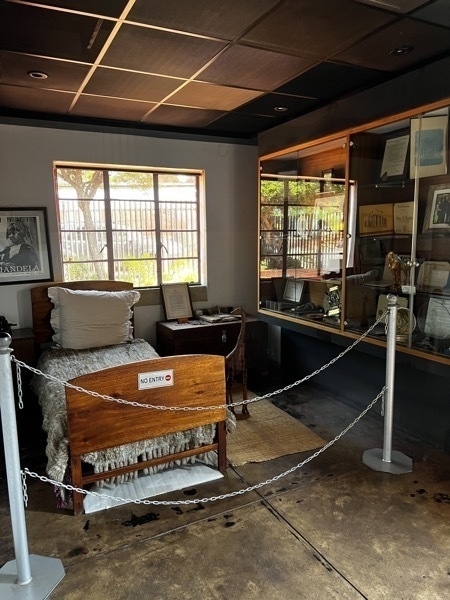 This was the actual bed in which 6’4” Nelson Mandela slept. 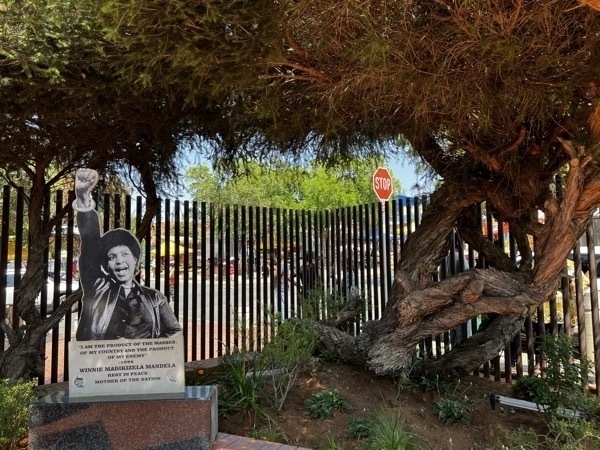 The umbilical cords of Mandela’s children and grandchildren are buried in the ground at the base of this tree. 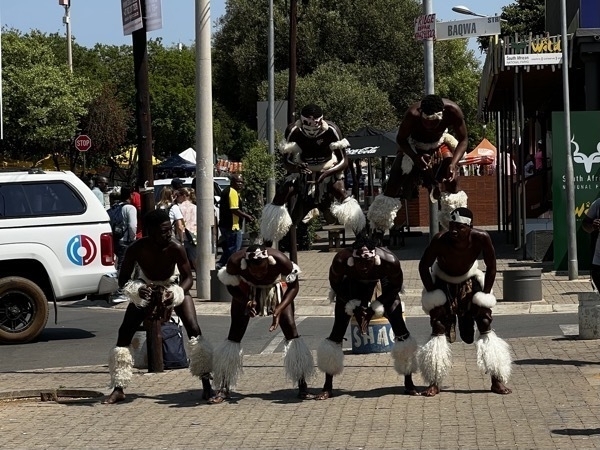 We were treated to several street dance performances as we walked along the street where Mandela once lived.

Hector Pieterson was one of the youths that died in the protest against having Afrikaans as the medium of instruction in local schools. He was shot and killed by police when he was only 12 years old. The museum is named after him, but commemorates all of those who marched through Soweto and were shot at by police on June 16, 1976. That date has now become Youth Day, a public holiday in South Africa. He was immortalized by this photograph published across the globe by Sam Nzima, photographer at the time for The World newspaper in Johannesburg,  The photograph shows Hector Pieterson being carried by Mbuyisa Makhubo after being shot by South African police. His sister, Antoinette Sithole runs beside them. 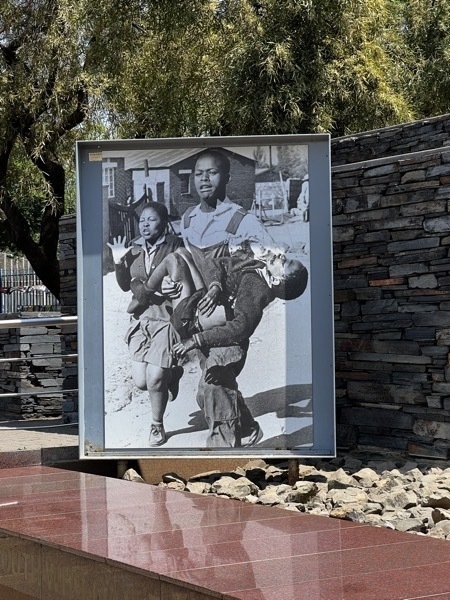 The Hector Pieterson Memorial and Museum opened in Soweto in 2002, not far from the spot where 12 year-old Hector was shot on the 16 June 1976 during the Soweto uprising that today is a symbol of resistance to the brutality of the apartheid government. 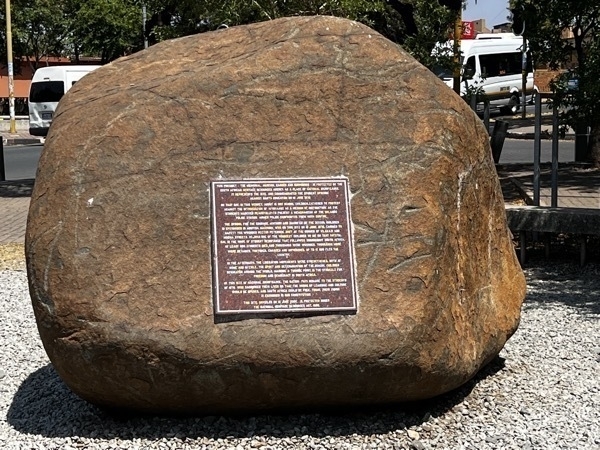 Although the museum was very interesting to tour, we arrived during that area of town having no electricity due to load shedding and were not able to watch the news clips on the video displays. 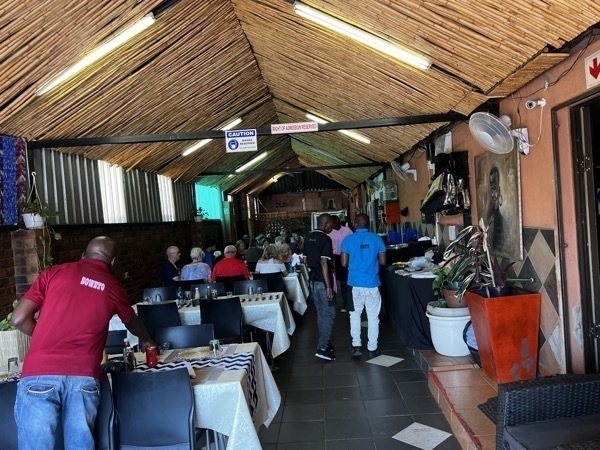 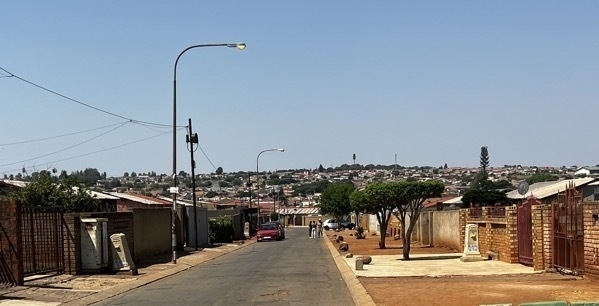 The South African energy crisis is an ongoing period of widespread national level rolling blackouts as electricity supply falls behind electricity demand, threatening to destabilize the national power grid. It began in the later months of 2007 and continues to the present.  Generally, areas are  scheduled to be without power for two hours in the morning, two hours in the afternoon and two hours in the evening.  These times rotate in different parts of the city.