Today our ship docked in the capital city of Juneau, a city that has no roads leading to the mainland.  The only way in or out is by boat or plane.  When we walked off the ship, it was raining, but we put on our rainwear and walked the city of 30,000. 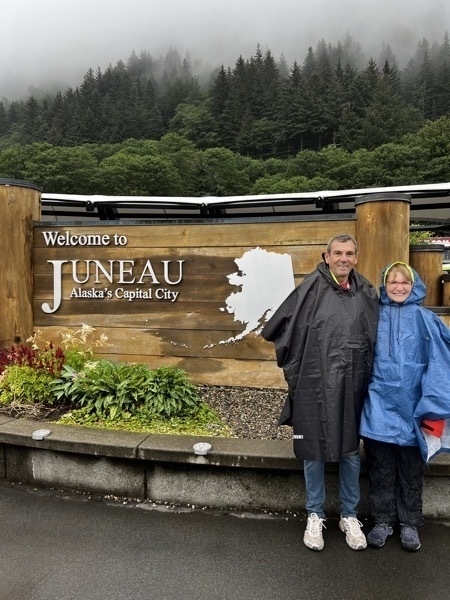 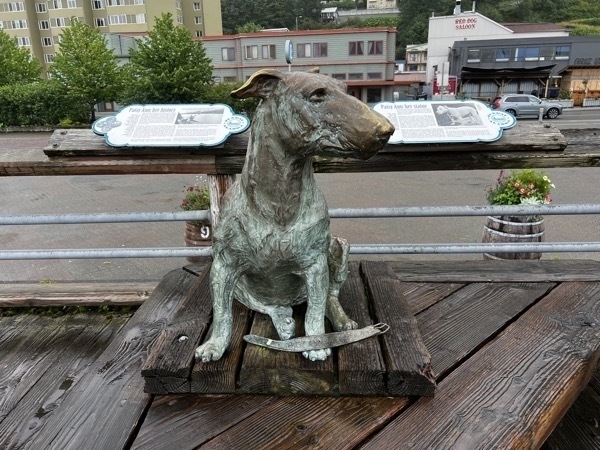 From the sign on the right behind the statue of Patsy Ann.

Ships arriving in Juneau in the 1930's could count on being met at the dock by a small, white dog named
Patsy Ann. A local dentist, Dr. E.H. Kaser, brought the English bull terrier as a puppy from Portland, Oregon in
1929. Although loved and kindly treated by the Kasers and later by The Rev. C.E. (Dean) Rice’s family, Patsy Ann was not cut out to be a homebody. She became a popular dog-about-town making the rounds of shops and offices where she was welcomed and given treats. Steamships of that era did not arrive like clockwork as they do today. Juneau knew a ship was coming when Patsy Ann dropped whatever she was doing and trotted briskly to the waterfront. Although deaf from birth, she somehow sensed when an incoming ship was about a halt-mile away. She also had an uncanny ability to determine the dock where it would moor. On one occasion, a crowd had gathered to meet an arriving ship. Patsy Ann studied the group a long moment. then turned and trotted to another dock. The ship tied up next to Patsy Ann.

Some said she felt at home there because the longshoremen shared her keen interest in the arrival of the ships. In 1934, when a city ordinance was passed requiring the licensing of all dogs, several people chipped in to buv the first license and a bright red collar for Patsy Ann. She wore them politely for a short time, after which they mysteriously disappeared. From then on, she went about happily unencumbered and the city donated her annual license. She eventually chose to live at the Longshoremen's Hall. Patsy Ann died in the Longshoremen's Hall in 1942. The following day, a small crowd watched as her coffin was lowered into Gatineau Channel near where this sign now stands. 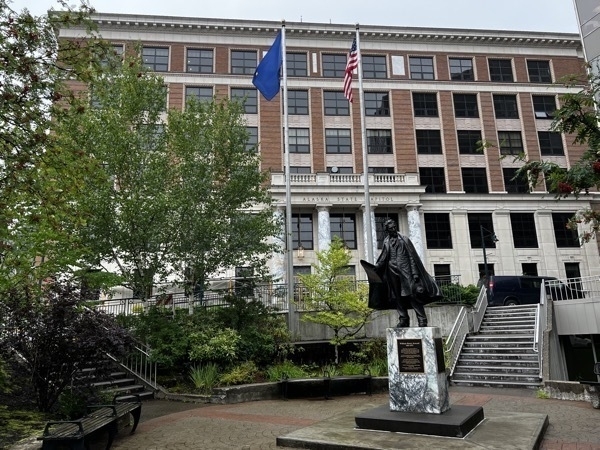 This is the state capital building  of Alaska 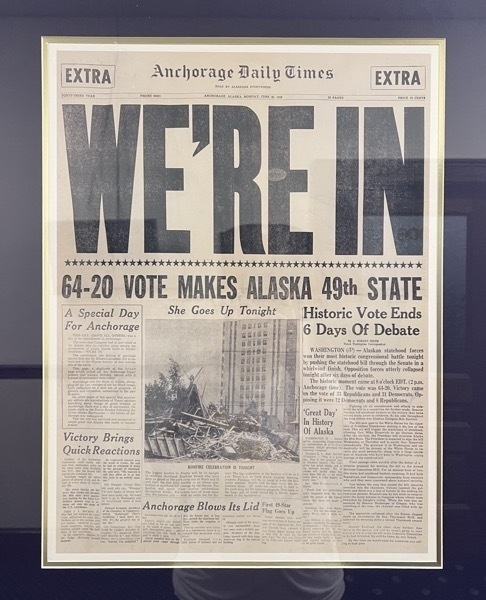 From the memorial above located by an Orthodox Church in Juneau:

"In the turbulence of WW2 when Japan invaded the Aleutian Islands, Americans were removed from their homes by the US Government and sent to isolated internment camps in SE Alaska.  Between 1942 and 1945, Aleuts were confined to camps were abysmal conditions and government neglect led to disease and death. Ten percent of the men, women, and children died. As Aleuts prayed for deliverance their homes and churches were looted by “friendly forces” sent to defend the Aleutian Islands." 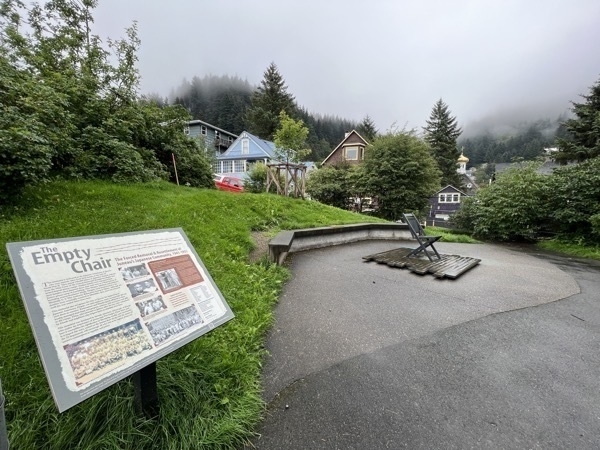 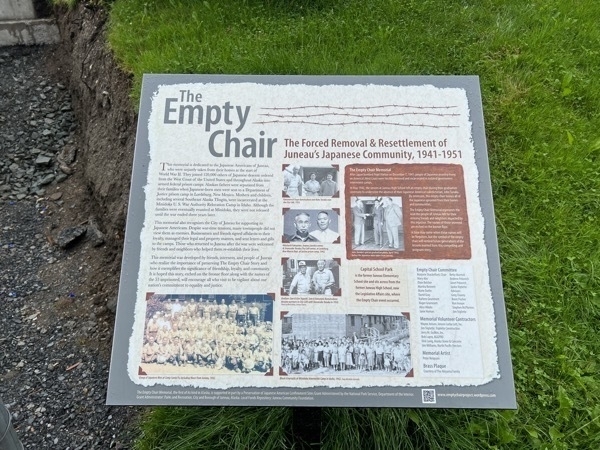 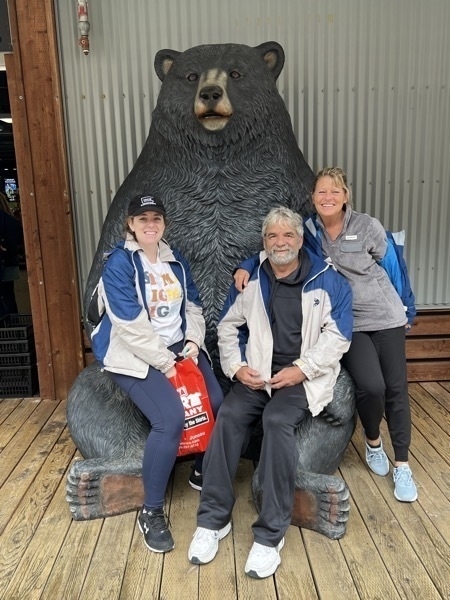 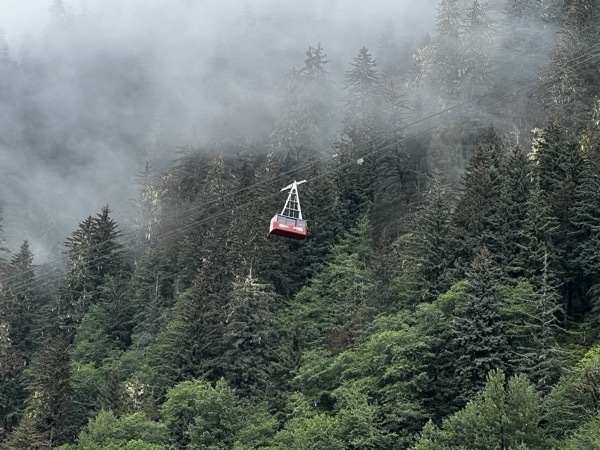 It was definitely a foggy day!