The third day on our cruise included a stop in Icy Straight Point.  We were supposed to be stopping in Skagway where we had planned to bicycle down the Klondike Highway,  but a rock slide closed the port to cruise ships. From where our ship docked, we rode a gondola over the forest to get to the Icy Straight Point.  From Icy Straight Point we walked 2.5 miles to the town of Hoonah.  The town has a population of nearly 800, a few restaurants and gift shops.

The Tlingit settled in the vicinity of Hoonah and Icy Strait Point more than 2,000 years ago when they were forced out of Glacier Bay by rapidly advancing glaciers.

The Northwest Trading Company built their first store in Hoonah in 1880.  The town was incorporated in 1946.  The town is only 30 miles west of Alaska’s state capital of Juneau.  In 1912 the Hoonah Packing Company built one of the world’s most productive salmon canneries on the outskirts of Hoonah.  It changed hands several times during its existence and closed permanently in 1953. 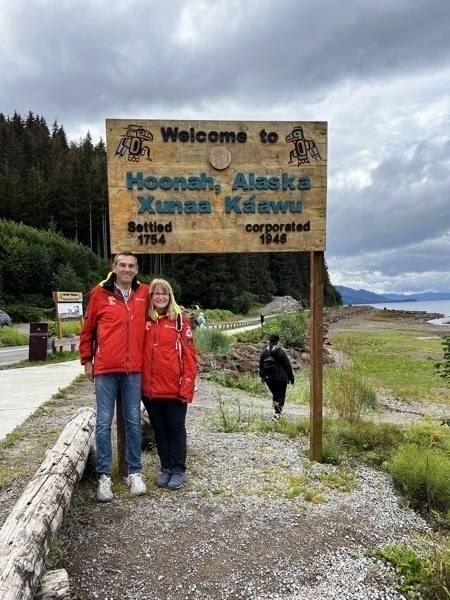 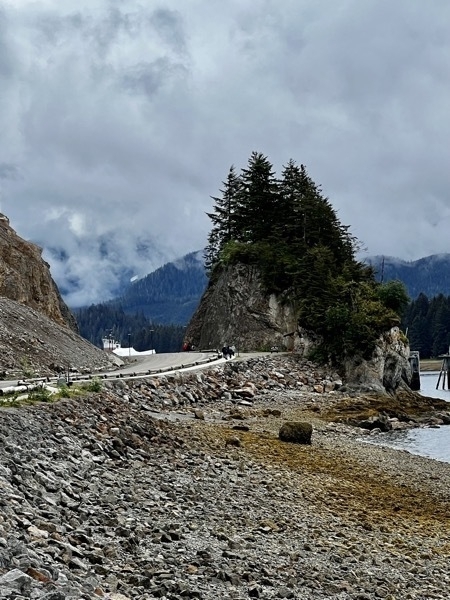 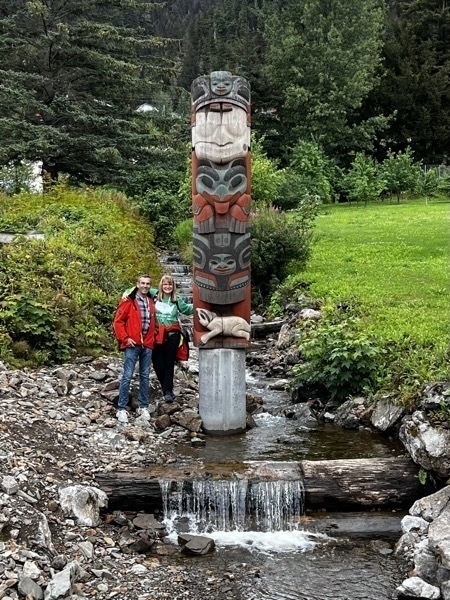 The town of Hoonah commissioned this artist to carve a new totem pole for the town by hand.  He told us no sandpaper or electric tools were going to be used. 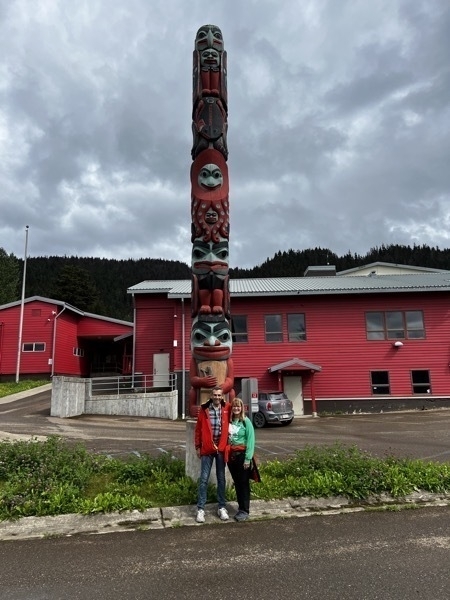 We took a shuttle back to Icy Straight, rode the gondola once again.  The ship moved while we were on shore and we had to ride a tender to get back on. 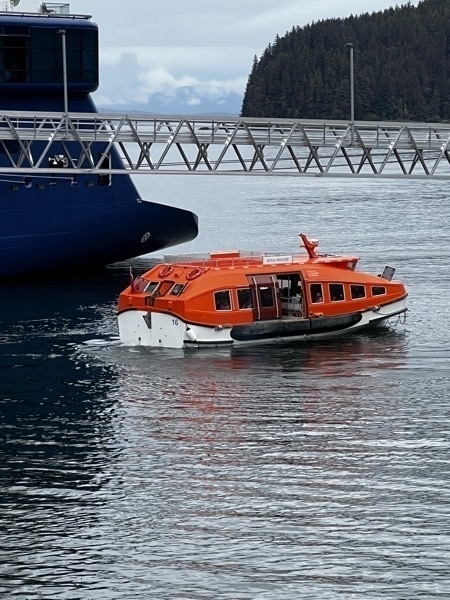