We boarded the train at the Alaska Train Depot in Anchorage for a 2.5 hour ride to Whittier.  It was a very gloomy day, so we weren’t able to take good pictures of the beautiful scenery in Turnagain Bay because the windows in the train were covered with raindrops. 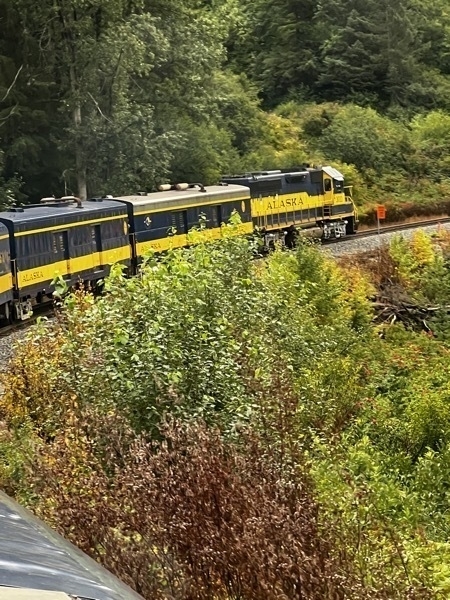 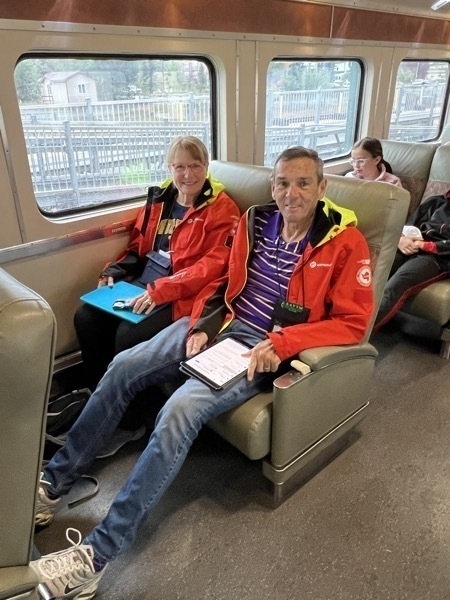 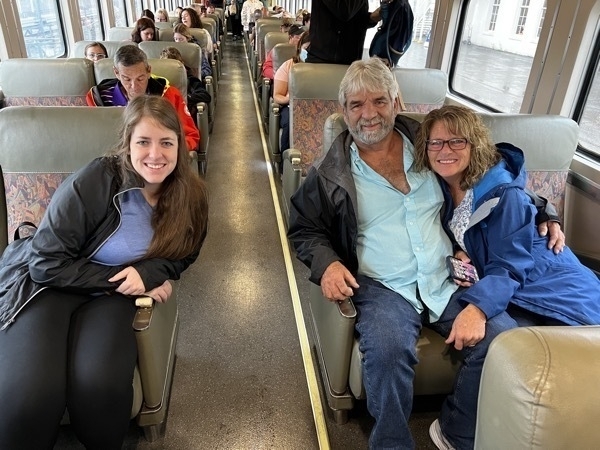 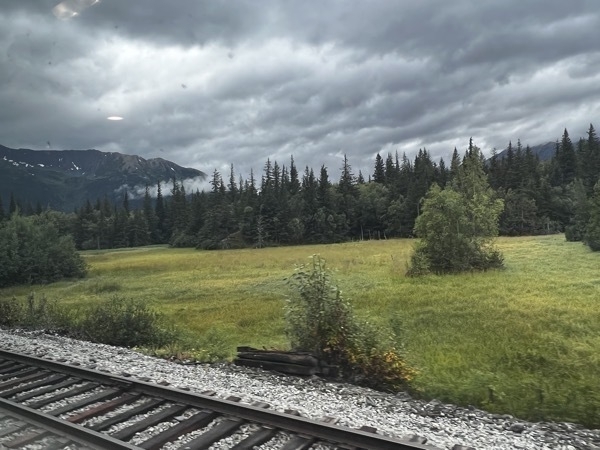 Whittier has a population of 115. 90% of Whittier’s population live in a single building that also houses the grocery store, school and medical clinic. Children don’t have to go outside to go to school, an inside tunnel leads them directly to their classroom.

This eyesore is very visible from the cruise ship and train as everyone enters the town of Whittier. 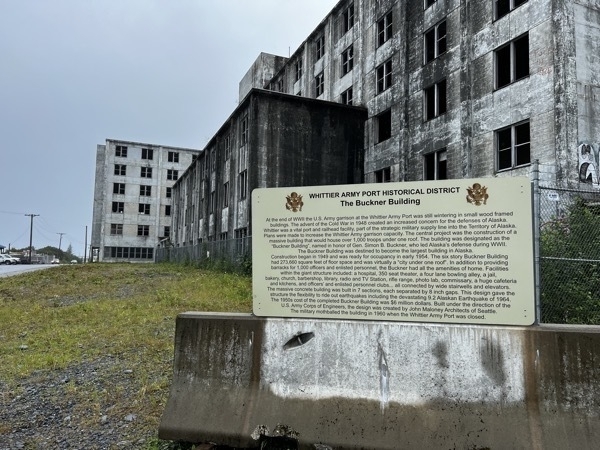 The Buckner Building was destined to become the largest bullding in Alaska. Construction began in 1949 and was ready for occupancy in early 1954. The six story Buckner Building had 223,660 square feet of floor space and was virtually a city under one roof . In addition to providingbarracks for 1,000 offIcers and enlisted personnel, the Buckner had all the amenities
of home. The facilities within the giant structure included a hospital, 350 seat theater, a four lane bowling alley,
A bakery, church. barber shop, library, radio and TV Station, rifle range, photo lab, commissary, a huge cafeteria
and kitchens, and officers and enlisted personnel clubs--all connected by wide stairwells.
The massive concrete building was built in 7 sections, each separated by 8 inch gaps.This design gave the
structure the flexibility to ride out earthquakes including the devastating 9.2 Alaskan Earthquake of 1964.

1950s cost of the completed Buckner Building was $6 million dollars. Built under the direction of the
U.S. Army Corps of Engineers, The military mothballed the bullding in 1960 when the Whittier Army Port was closed.  Since then it’s been abandoned and condemned.  OUR TAX DOLLARS AT WORK! 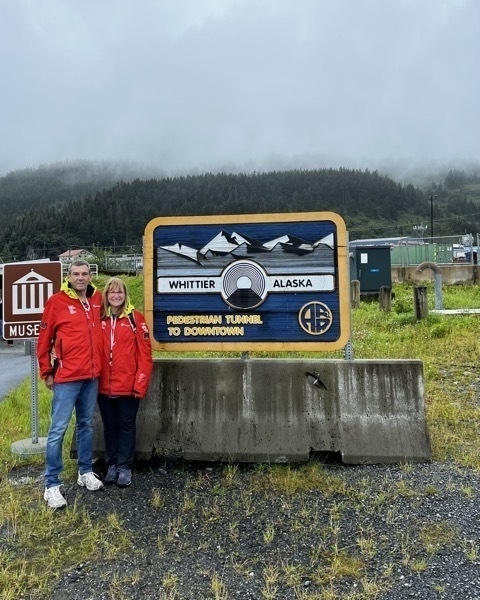 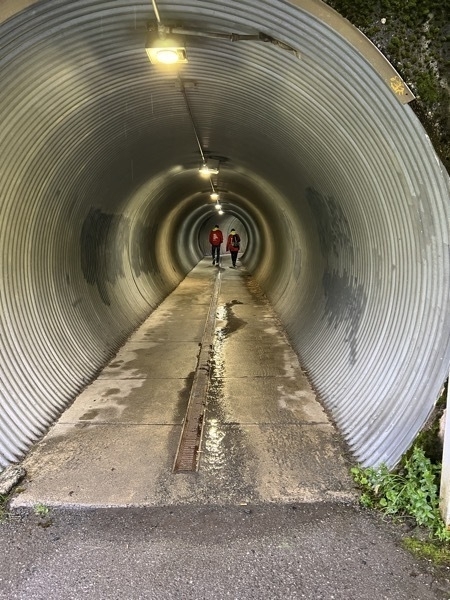 We walked through the tunnel and up a hill to find a stream where we watched salmon swimming upstream. When we were walking back to board our ship, it was raining pretty hard.  We were soaked by the time we got back on the ship. We are sailing on the Princess Royal for the next week from Whittier, Alaska to Vancouver, British Columbia.