This morning we met our guide at 7:00AM for a six hour guided tour by boat to Lake Clark National Park.  The group included the guy that drove the boat, our guide Trevor, and four other people.  The weather was perfect and the seas were calm for our two hour ride to the park.  This park can only be accessed by float plane or boat.

The park was first proclaimed a national monument in 1978, then established as a national park and preserve in 1980 . The park includes many streams and lakes vital to the Bristol Bay salmon fishery, including its namesake Lake Clark. The park protects rainforests along the coastline of Cook Inlet, alpine tundra, glaciers, glacial lakes, major salmon-bearing rivers, and two volcanoes, Mount Redoubt and Mount Iliamna. Mount Redoubt is active, erupting in 1989 and 2009.

Once we arrived at the coastline for the park, we spent the entire day walking in the low tide waters.  There we walked over 5 miles in water and muck to view the park and bears.Three times my foot came out of my boot because my boat got stuck in the muck. I fell into the water twice and so did Tom. 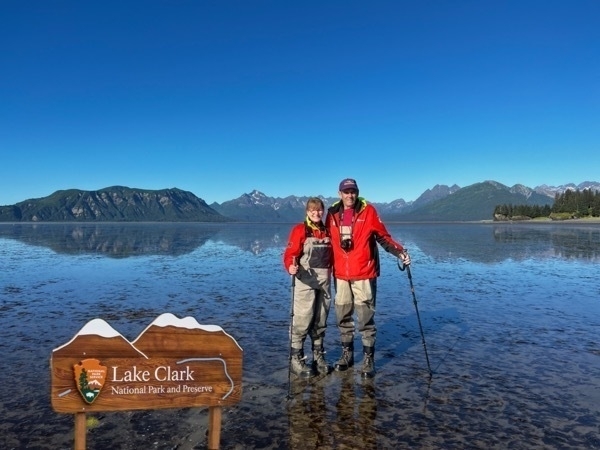 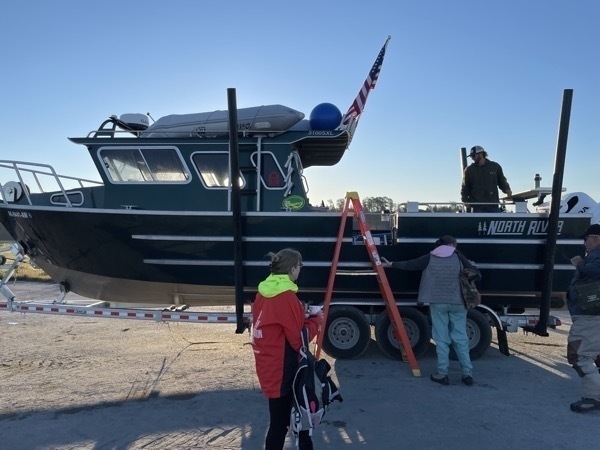 In the morning each of us climbed the ladder into the boat while the boat was still on land.

This big tractor pulled us INTO the water.  That was a first for us!  (When we returned, the tractor was in the water and pulled us back on shore). 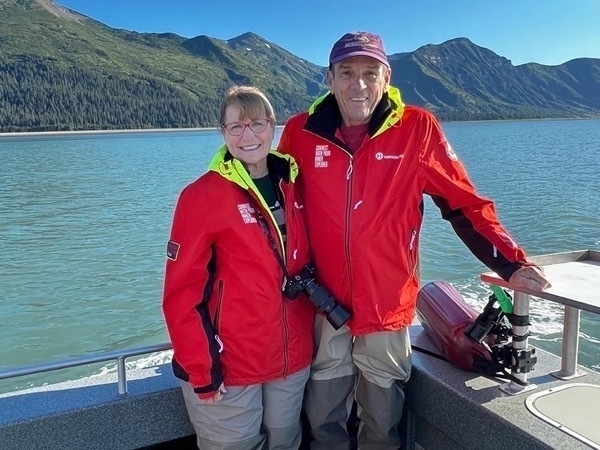 We briefly stood outside on the boat for this photo opportunity and then moved inside.  It was 49 degrees at this point in the morning. 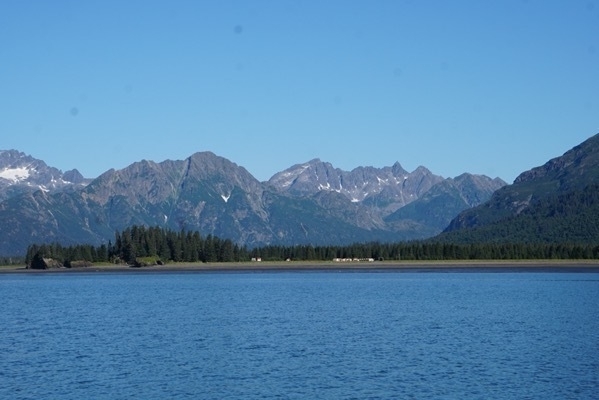 Finally, we saw the shoreline! The boat was not able to come near the shoreline because of low tide.  We had to get off and walk in the water to shore. 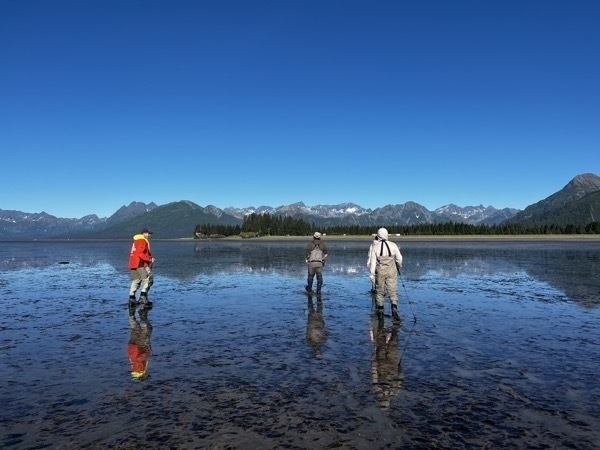 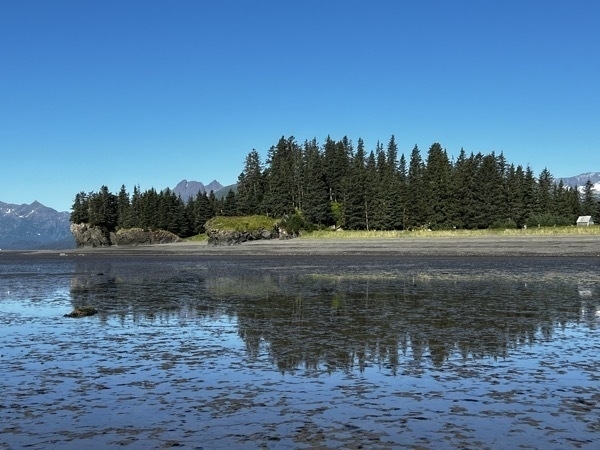 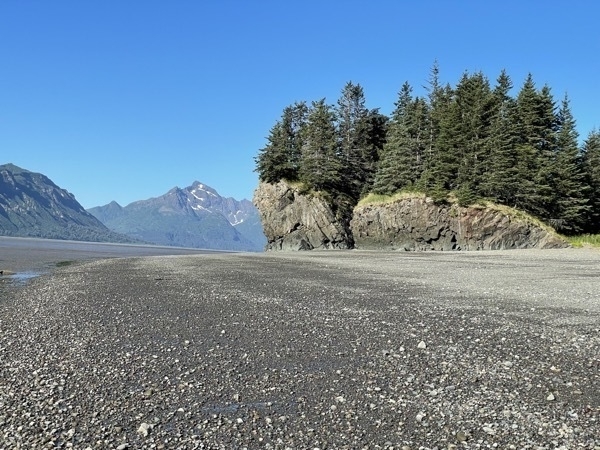 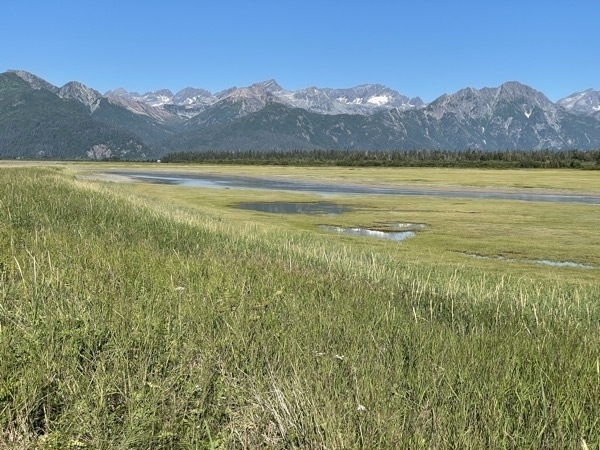 We spent the morning watching the bears dig for clams and eat them. 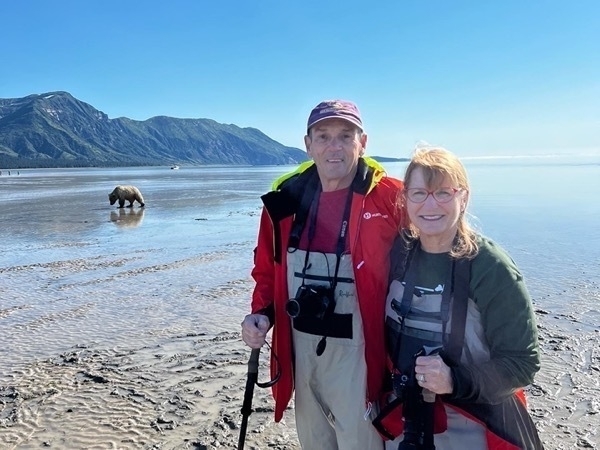 Our photo opportunity with a bear in the background! 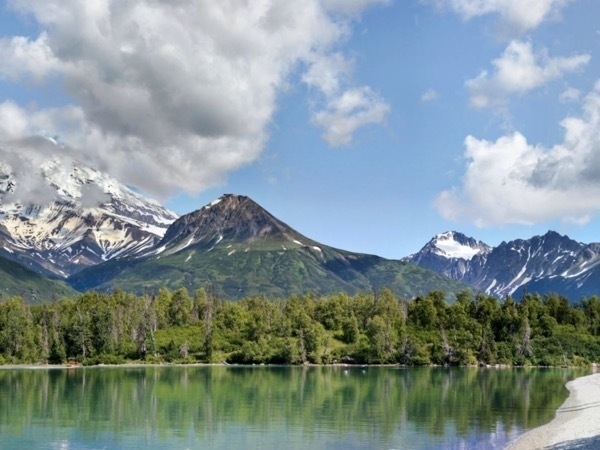 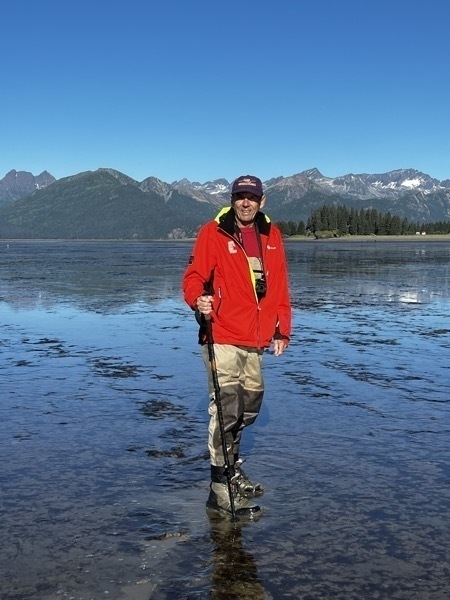 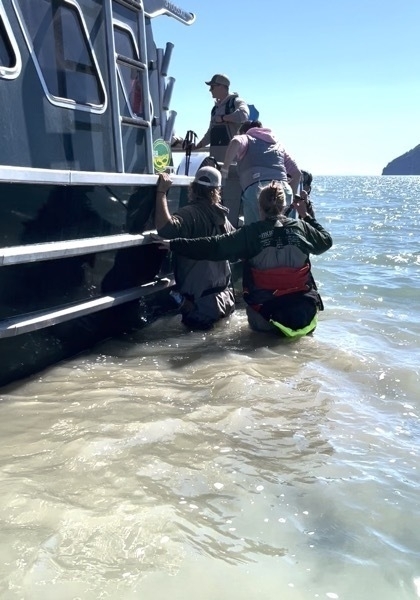 Here I am getting back on the boat.  After falling in the water TWICE when my boats stuck in the muck, I was soaking wet.  It was a COLD ride back!! 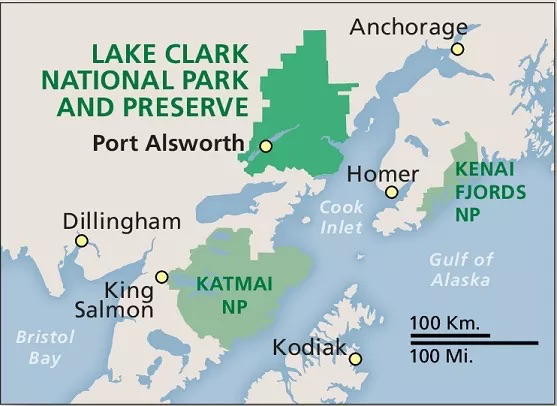 This was a much more grueling day than we expected.  We were both very sore and worn out by the time we got back to Homer.  We stayed at the Stay and Play B&B while in Homer.