The  castle was built in 1446 on this site by Dermot McCarthy, King of Munster. The castle is now a partial ruin with some accessible rooms and battlements. At the top of the castle lies the Stone of Eloquence, better known as the Blarney Stone. Visitors used to be held upside down by the feet over a sheer drop to kiss the stone, which is said to give the gift of eloquence, but now there are rails to hold to slide backwards and arch downward. 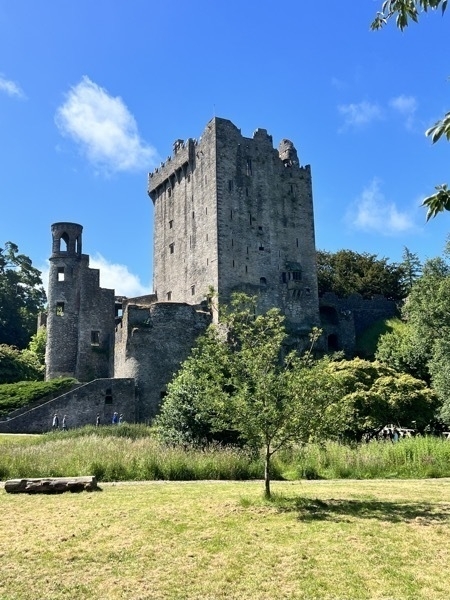 We waited in line over 1 ½ hours and climbed 110 steep, narrow steeps to get to the top of the castle and kiss the Blarney Stone. 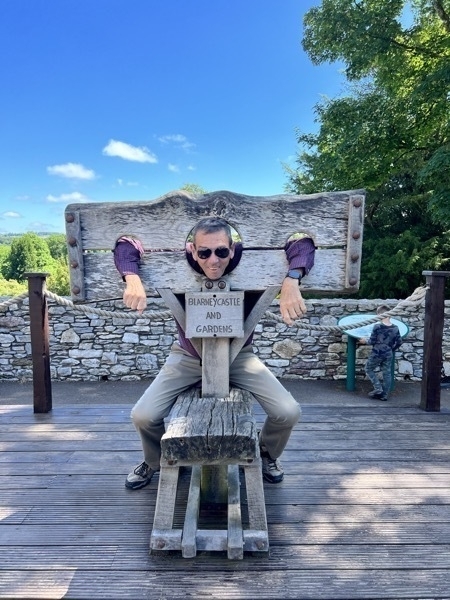 A photo opportunity while standing in line to get into the castle. 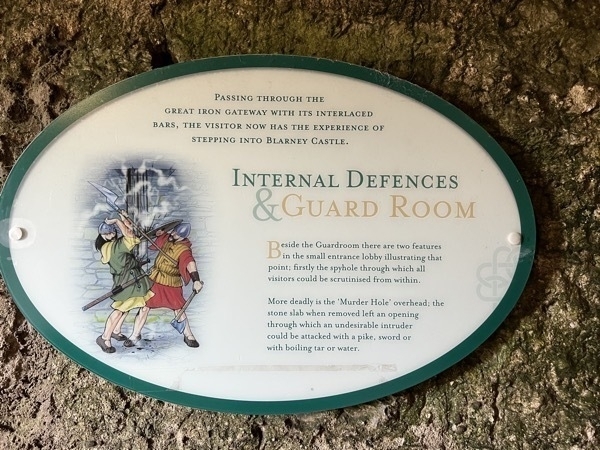 Can you imagine having boiling water or tar dumped on you from above as you breech the castle??  Apparently that was a very common mode of castle protection as several of the castles we’ve been to were designed for this. 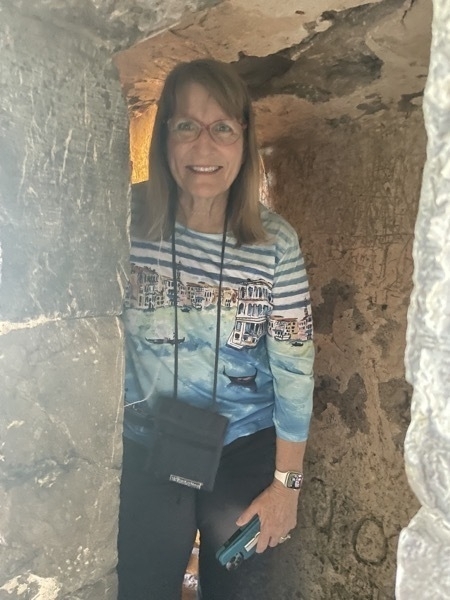 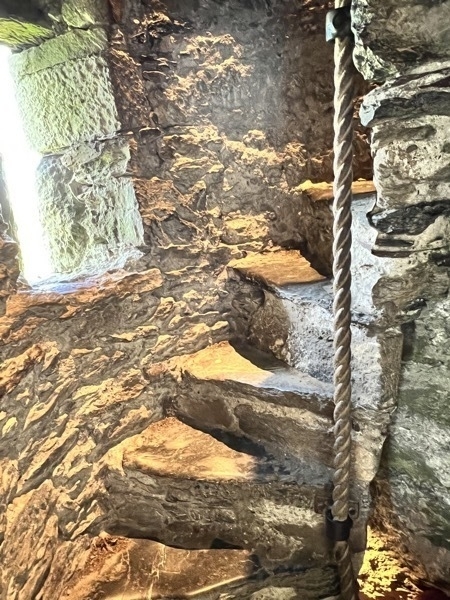 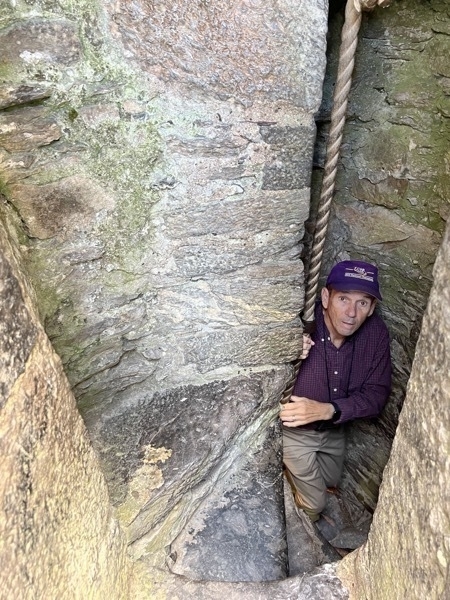 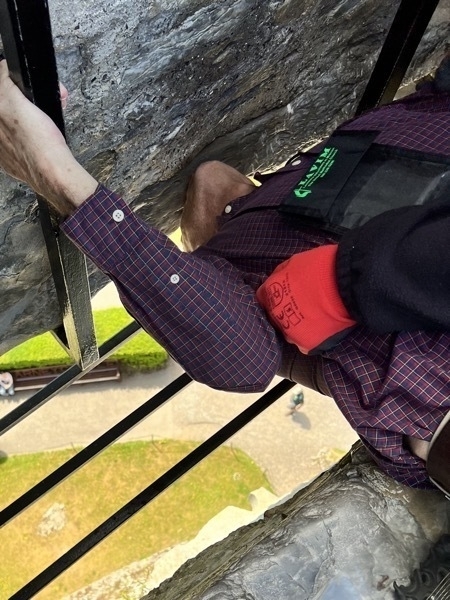 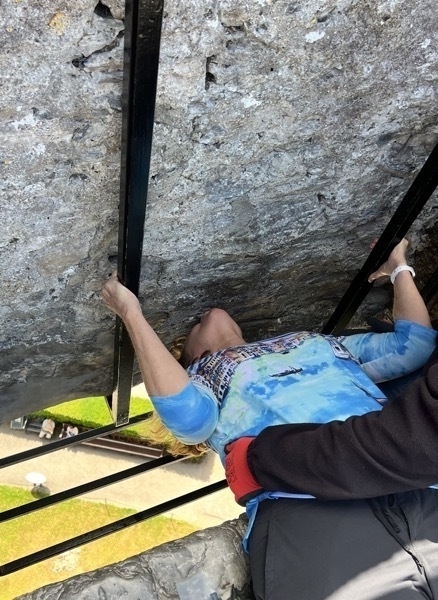 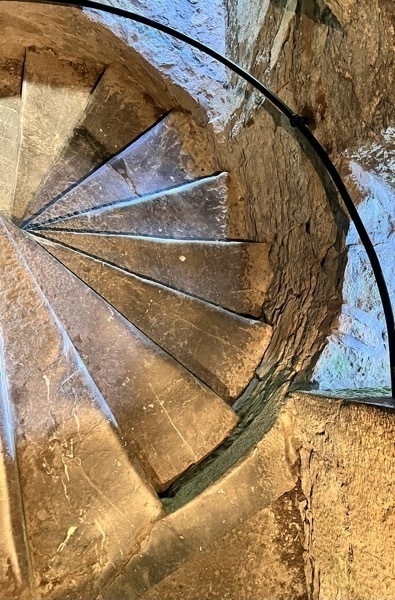 A different set of 110 steps going back down.

The fort was built between 1677 and 1682 to a design which included elements of star fortifications, a layout specifically designed to resist attack by cannon. It was built in the Kinsal Harbor and is located at the end of the Summer Cove village.  Only one battle was ever fought her and the troops surrendered peacefully in that battle.  It was used as British Army barracks and training area for over two hundred years until it was relinquished by British forces following the Anglo-Irish Treaty of 1921.  The fort fell out of use after being burned by retreating ant-treaty forces during the Irish Civil War in 1922. 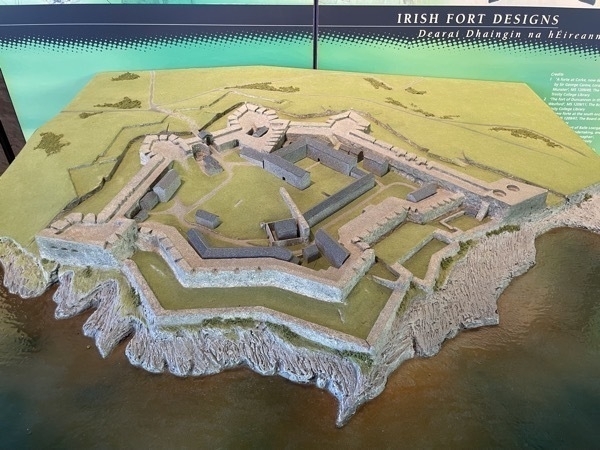 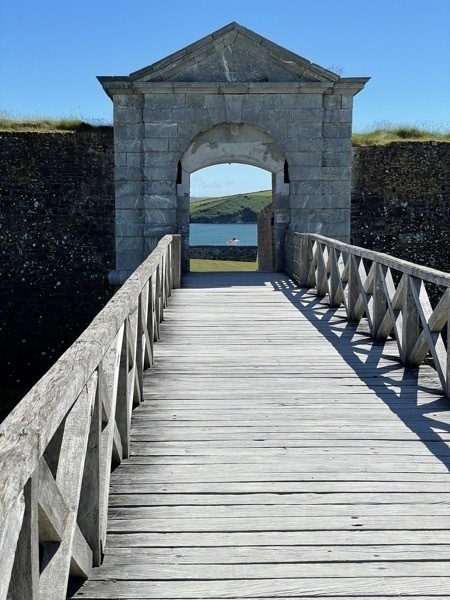 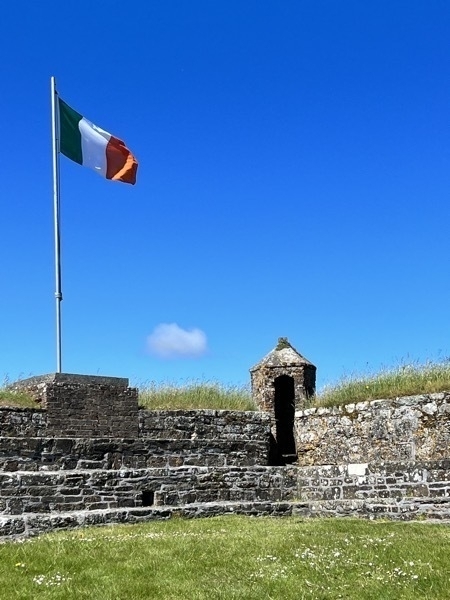 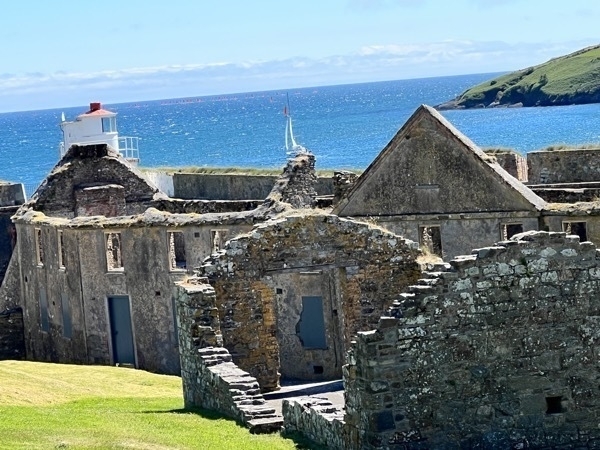 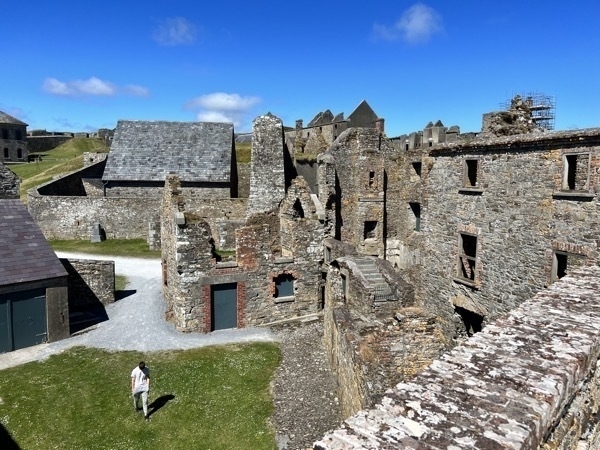 Driving the narrow roads of Ireland—no shoulders and not quite two lanes wide! 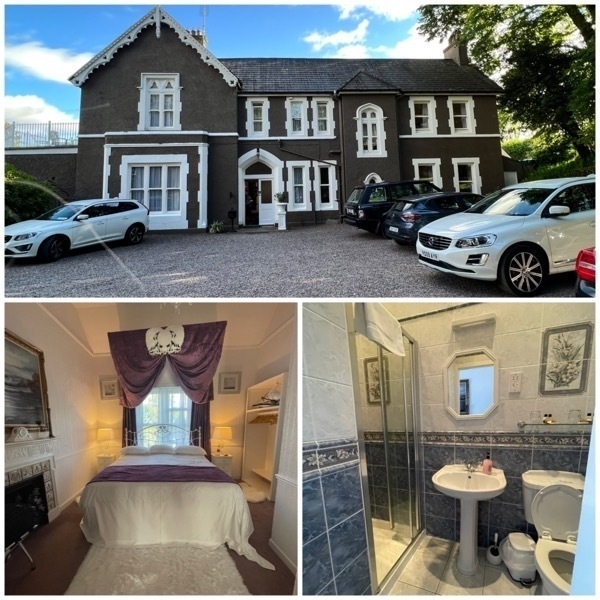 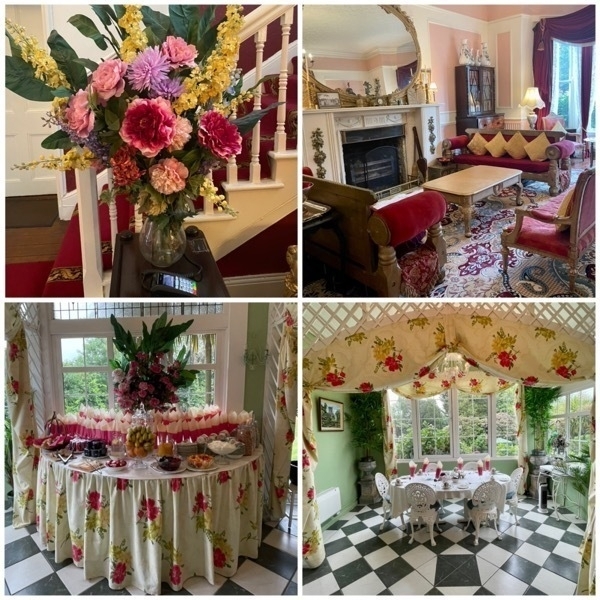