We started the morning by driving to Killarney National Park where  the beautiful Muckross House is located.  The house was built in  1843 and has sixty-five rooms. Extensive improvements were made in the 1850s in preparation for a visit by Queen Victoria in 1861.  We were told that these improvements for the Queen’s visit contributed to the financial difficulties suffered by the Herberts, the owners, resulted in the sale of the home.

In 1899 it was bought by Arthur Guinness, 1st Baron Ardilaun who wanted to preserve the dramatic landscape. He did not live in the house himself, but rented it out to wealthy groups as a hunting lodge.

In 1911 the home was again sold to William Bowers Bourn, a wealthy Californian mining magnate. He and his wife passed it to their daughter Maud and her husband Arthur Rose Vincent as a wedding present. The couple lived there until Maud's death from pneumonia in 1929.

In 1932 her parents Mr and Mrs Bourn and their son-in-law Arthur Vincent decided to present Muckross House and its 11,000 acre estate to the Irish nation.It became the first national park in the Republic of Ireland and is now the present day Killarney National Park 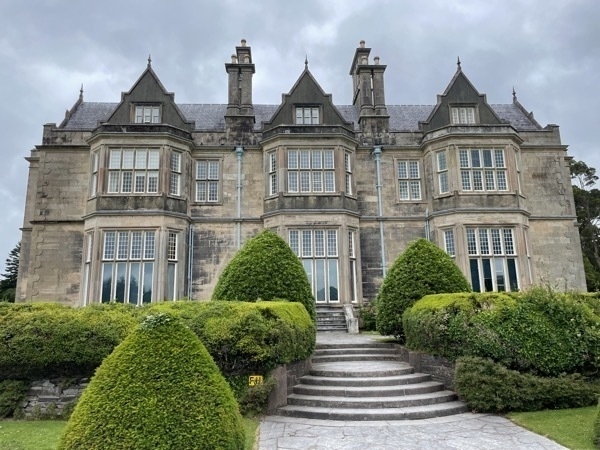 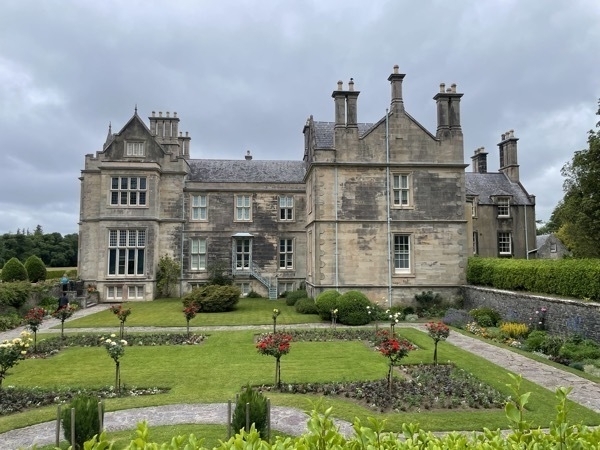 We took a horse and buggy ride to the TORC waterfall within the park. 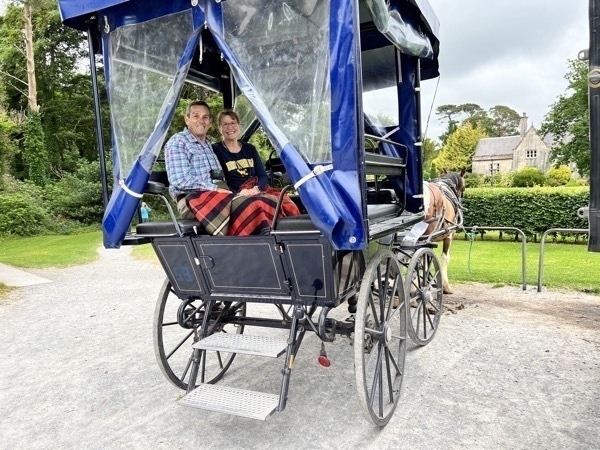 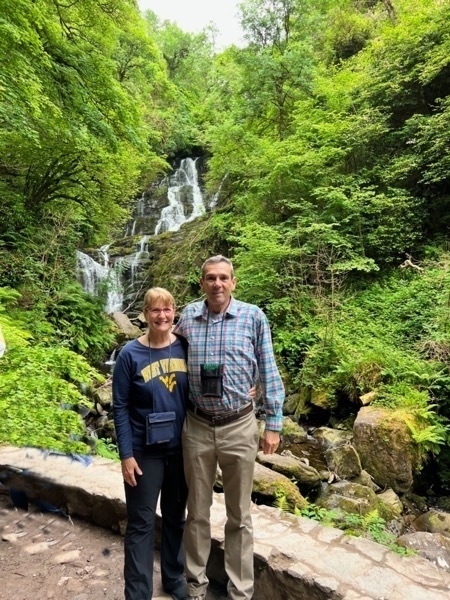 We spent the rest of the day driving the Ring of Kerry.  This is one of the “must see” areas of Ireland because of the diverse  beauty of the countryside. "The Ring" is a popular day trip and numerous bus companies offer circuits during the summer months. As the narrow roads make it difficult for tour coaches to pass one another, all tour buses run in an anti-clockwise direction, so we drove in a clockwise direction. We passed at least 25 tour buses on the road and numbers other bus stopped along the way. 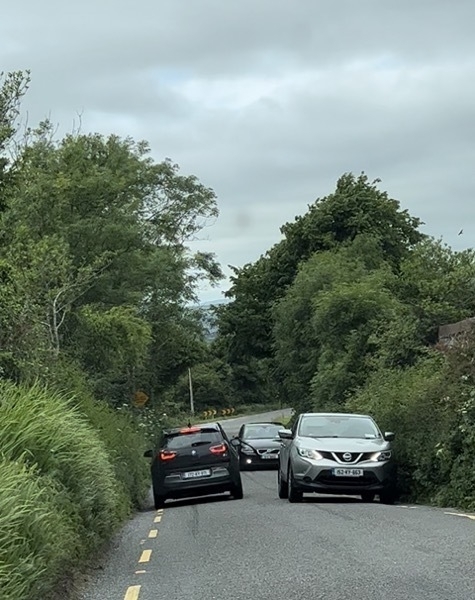 The Ring of Kerry is a scenic drive around the Iveragh Peninsula in southwest Ireland’s County Kerry. Its a 111 mile long, circular route takes in rugged mountain and  coastal landscapes and rural seaside villages. 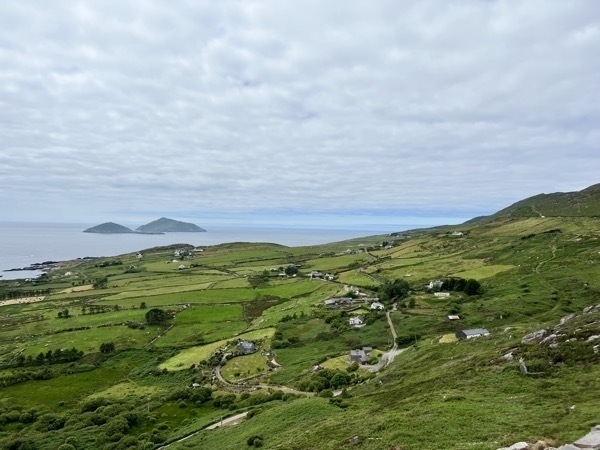 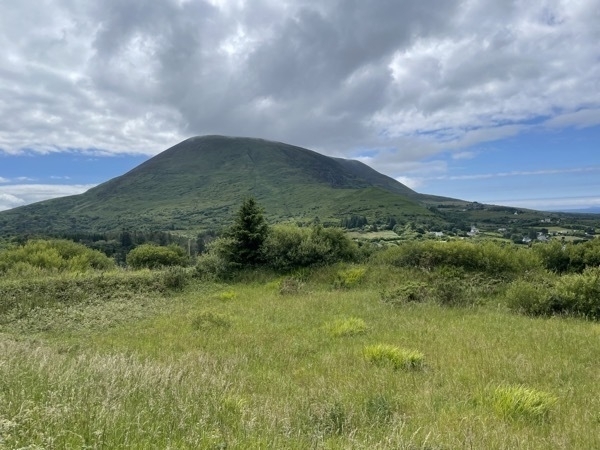 Valentia Island is one of Ireland's most westerly points. It lies off the Iveragh Peninsula in the southwest of County Kerry. It is linked. It is linked to the mainland by the Maurice O'Neill Memorial Bridge at Portmagee. 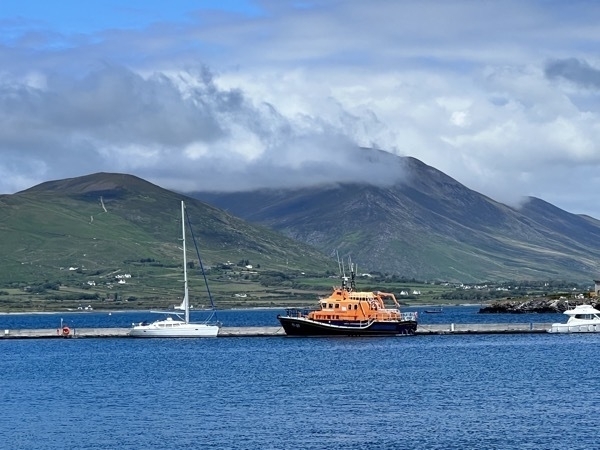 We drove onto Valentia Island, but took the ferry off the other side of the island. 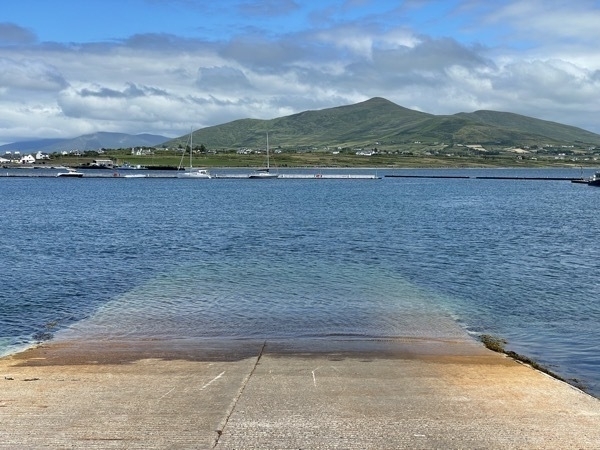 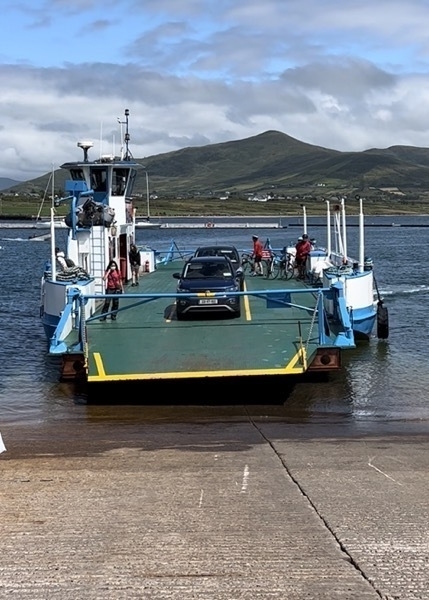 This was the night I’ve been waiting for since we planned our trip!  We are spending tonight in a castle! The Blennerhassett family had lived on the Ballyseede Castle Estate of 30 acres since 1590. The main castle was built in 1721 and was extended in the later years of the 1700s.The castle remainied within the family ownership up to the death of Hilda Blennerhassett in 1965. The castle has been updated and now includes 45 rooms for guest.  It’s the site for many beautiful weddings and receptions. Both on the grounds and in the main halls inside. In fact, a wedding was going to be held at the castle the day we were leaving. 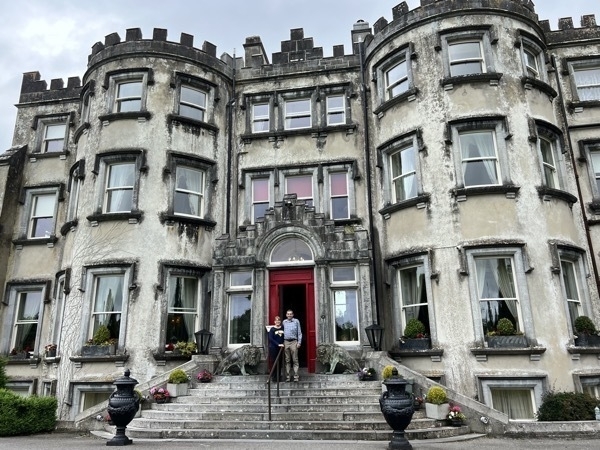 This is the family dog Marley, a Irish wolf hound who is 6 years old..  When we arrived, Marley was sleeping on the top step of the entrance and looked like he wasn’t feeling well.  We weren’t even sure he was alive as he didn’t stir as we passed.  Later, he was out walking around the grounds again. 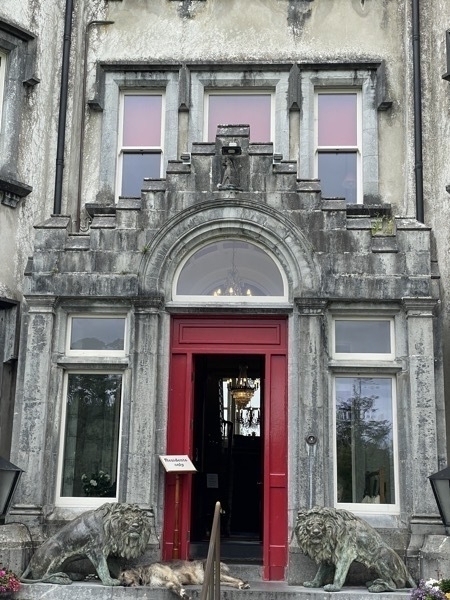 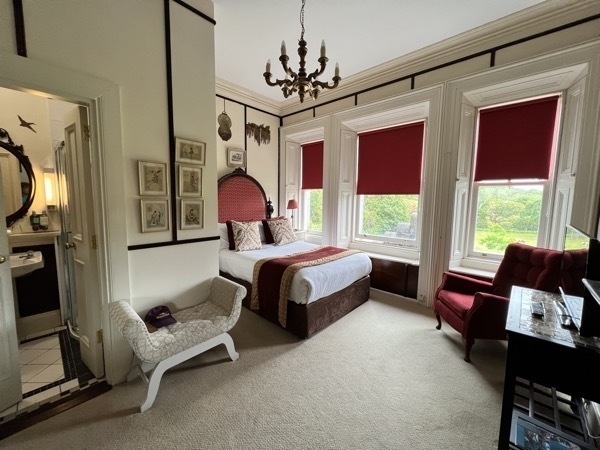 The was our bedroom 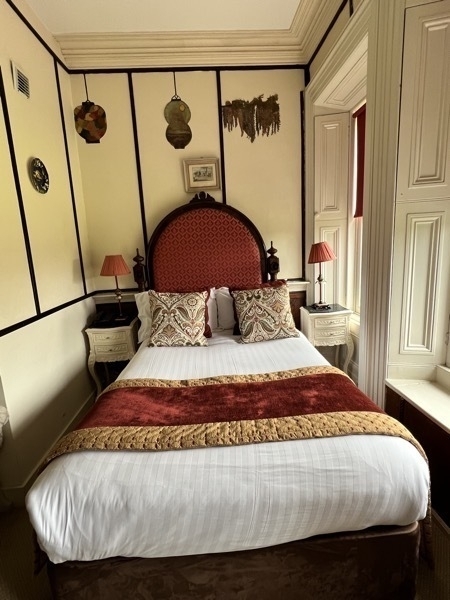 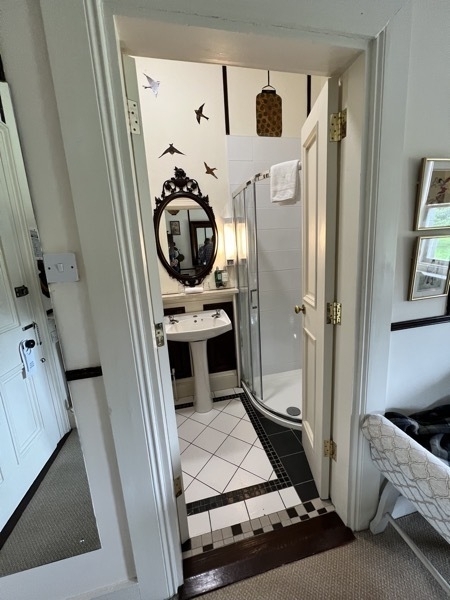 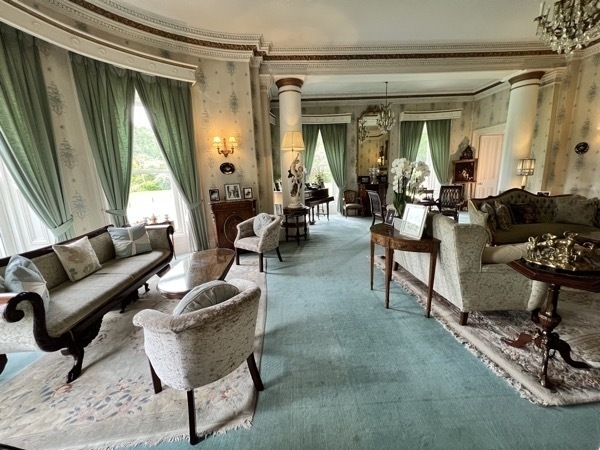 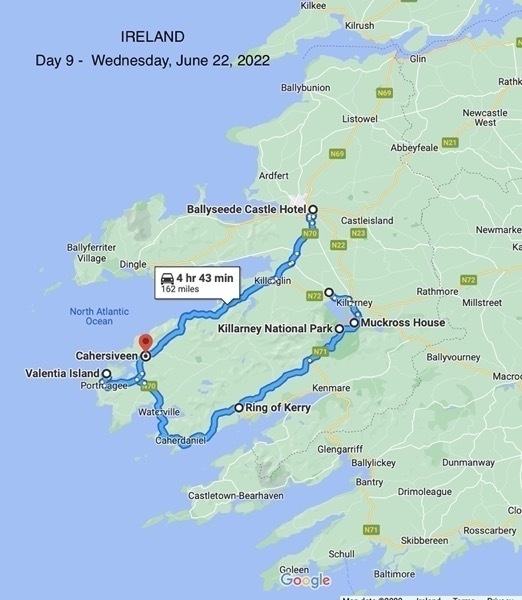