After leaving Londonderry this morning our first stop was Glenveagh National Park.  The castle in the park was not open so we just walked around the grounds and enjoyed the gardens and beautiful flowers. 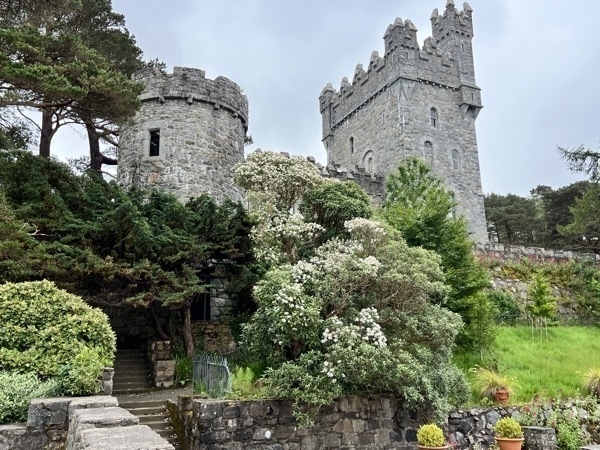 Entrance way into the visitor’s center. 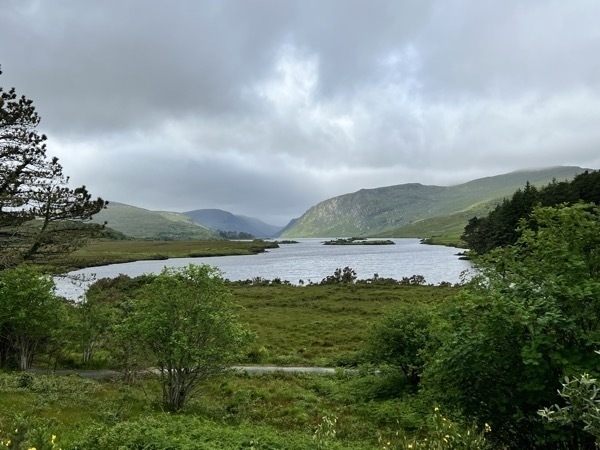 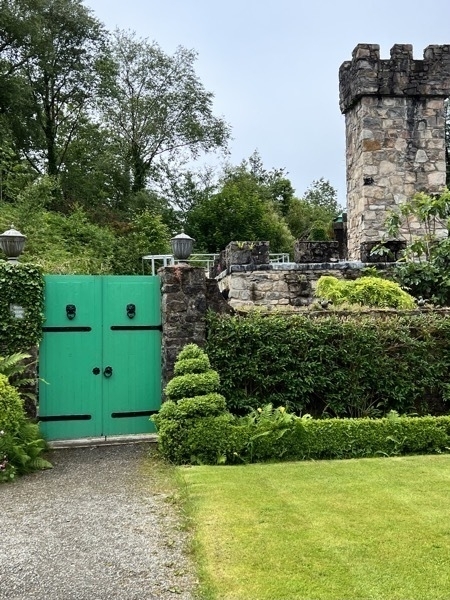 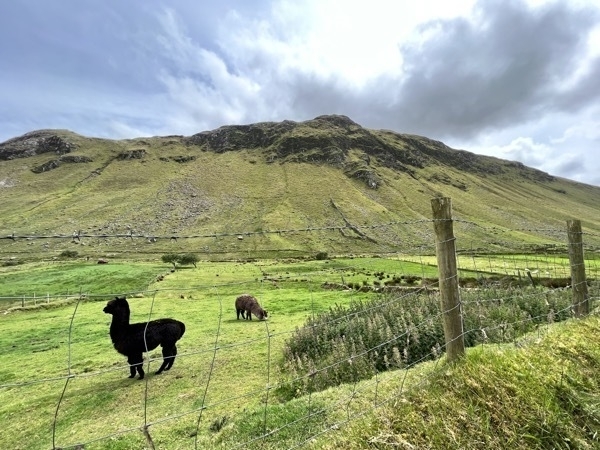 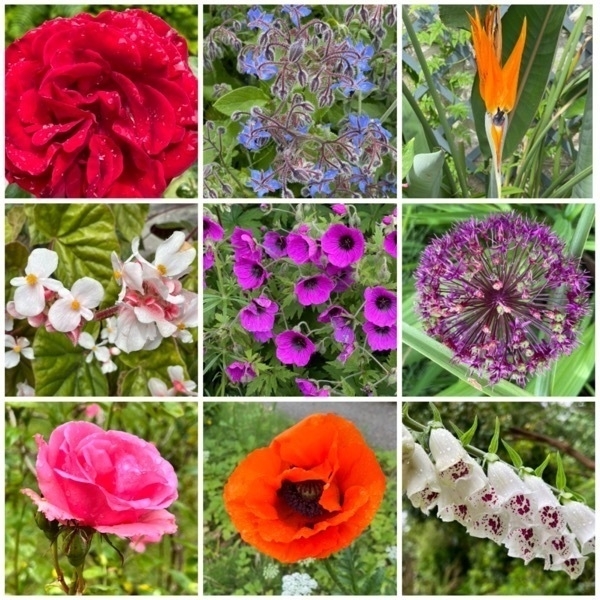 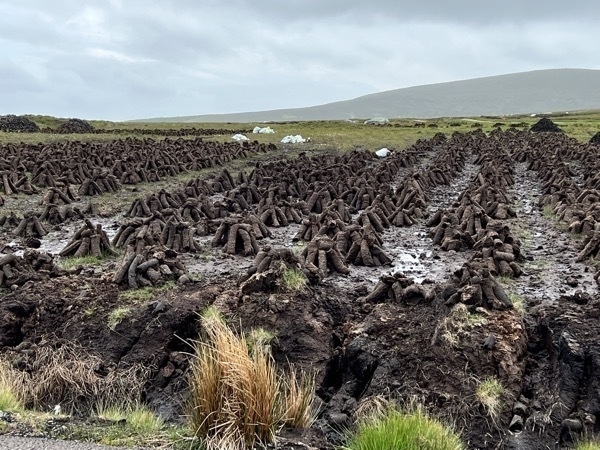 Stacks of peat which are burned for heating and cooking, dot the Irish countryside.

This village is located on the Atlantic Way and is comprised of homes from the 1700s, 1800s, and 1900s in this part of Ireland. 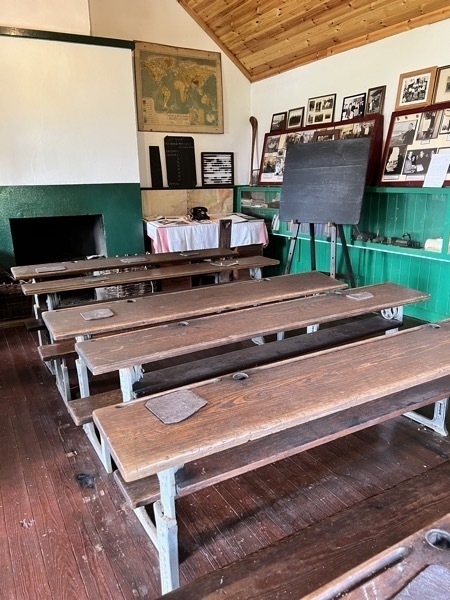 The school house represents a 19th century school. The fireplace was the only method of heating and  cooking during this era. The children were expected to bring turf with them to keep the fire lit. This practice continued into the mid 1900’s. The pupils used the slates for writing their lessons and this method continued until the late 1960’s in Glencolmcille; the ink wells came after the slates. Public education was free until age 14.  Public secondary education was not provided until 1967. This is a typical tenant farmer’s cottage of the 1700s.. The floor was made from clay/mud and the walls were plastered with the same. Rushes were strewn across the floor as a covering, The roof was made in three layers; a layer of bog timber, which was preserved under the bogs; a layer of scraw, which is the top layer of the bog and then a layer of straw on the outside. 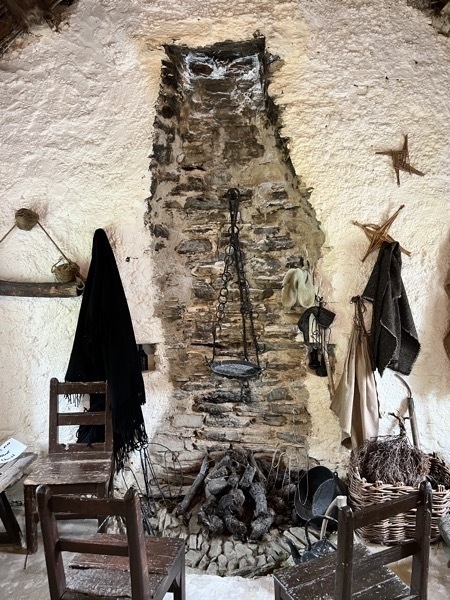 The fireplace is open from the ground to the roof which meant there was a lot of smoke in the house. The fire was their main source ot heat and was used for cooking and baking. 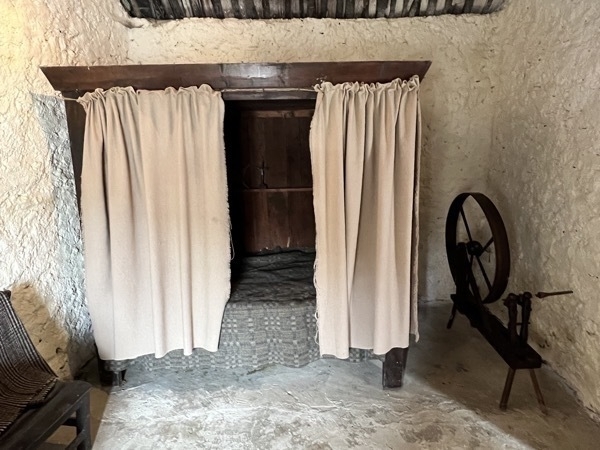 The bed had heavy wool panels for warmth. 1850s -1900 cottage. The floor in this era was made from flagstones and the chimney is closed in.
Traditionally the flattest flagstone was laid in the center of the floor because this was where the dancing took place.

There was much emigration during this period from Ireland as a result of the famine. Markets were beginning to develop and people were slightly better off; some people were receiving money from family who had emigrated to America. This is why they could afford to make some improvements such as the glass in the windows. Oil lamps were  now in use producing better light than the rush candles used prior to this. 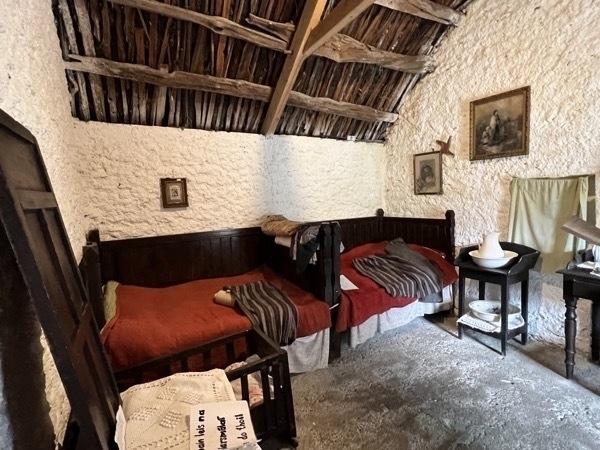 The beds are small compared to those of today, but people were slightly shorter then. They also slept upright as many had chronic lung disorders and generally their health was not as good as it would have been if they were alive today. 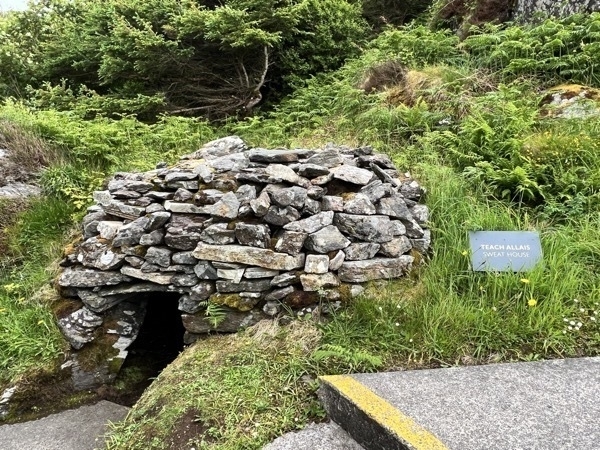 The Sweat House was a low small enclosure where a person was put when they were sick.  A fire was built in the middle and the sick person would lay in here naked for five hours one or two days.

This was the view across the road from the Glencolumbville Folk Village. 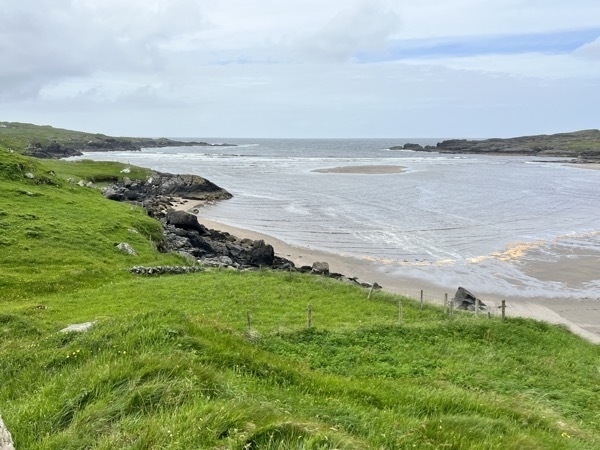 We continued driving to our B&B for the night in the town of Carrick in the county Donegal. 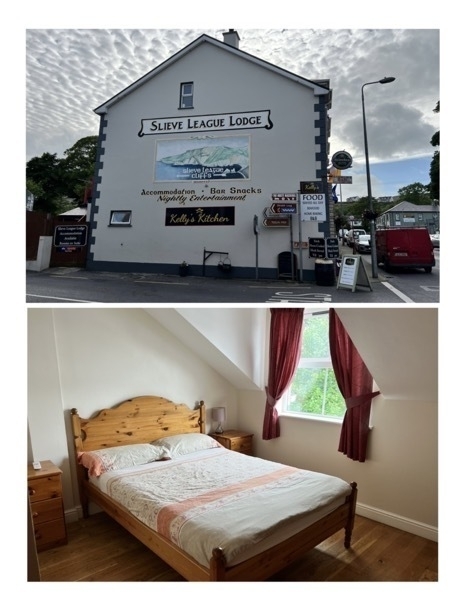 Slieve League Lodge. Our room was up two flights of stairs over a bar.  It was a nice B&B with a sitting area and kitchen if we wanted to cook our own meal (we didn’t). Most restaurants are located in bars here.

After dinner we drove out to the cliffs not realizing it would be a very grueling one mile hike up and just as hard of a walk coming back down.  We got there around sunset and saw lots of sheep along the way. 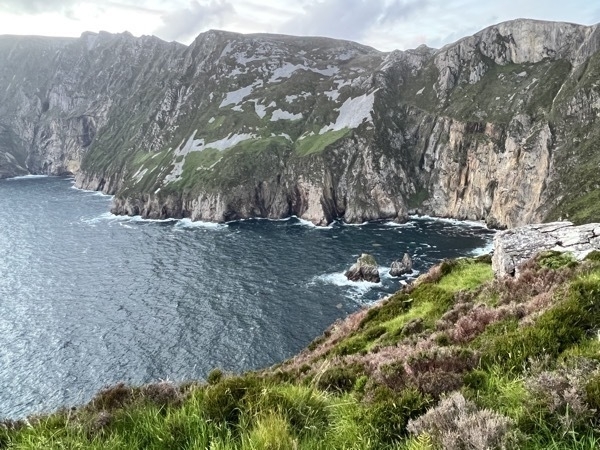 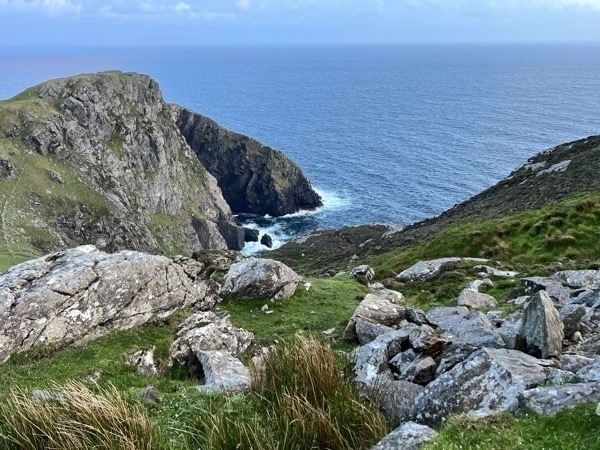 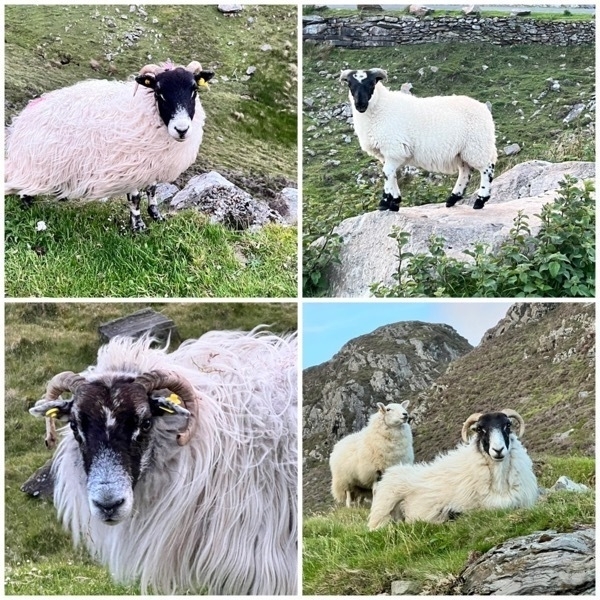