Petit Jean State Park is a certified Trail of Tears National Historic Trail Site. In the 1830s, Cherokee Indians along with members from the other Southeastern tribes of the United States passed by Petit Jean Mountain during their forced migration to present-day Oklahoma.

The park has 33 cabins and 125 campsites as well as two swimming pools, tennis court, basketball court, playgrounds, picnic shelters and an amphitheater.

The campsites are all paved with full hook-ups, a fire pit and a pole for hanging a light. 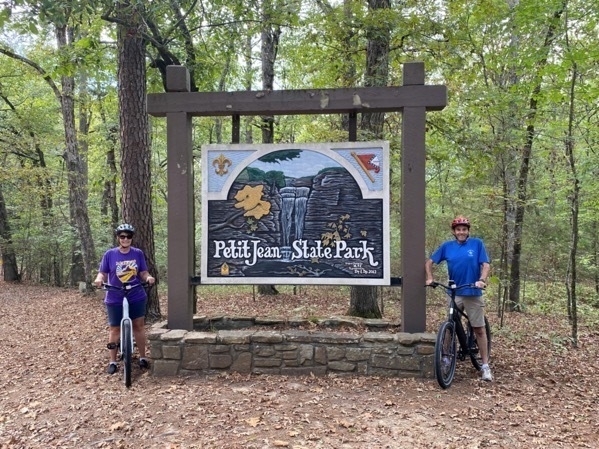 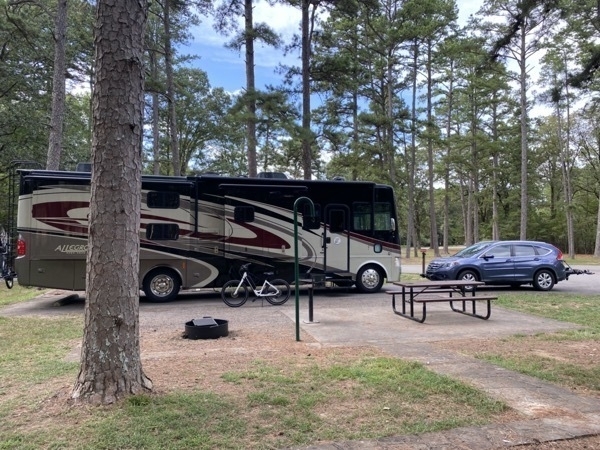 Our campsite was #1 and was very level and spacious. 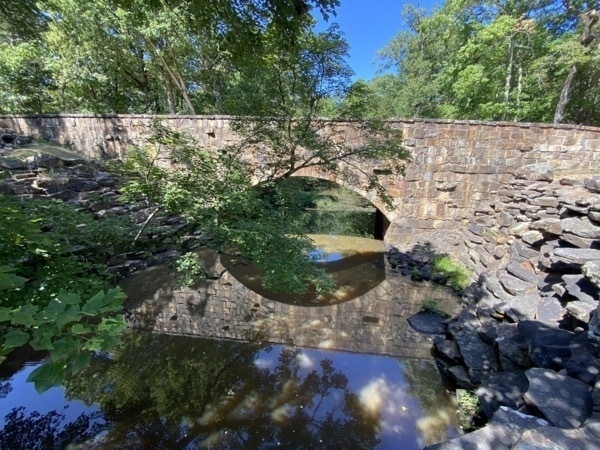 One of the beautiful bridges built by the CCC Cedar Creek Falls (this picture was taken the last time we were here. There was no water going over the rocks this time). 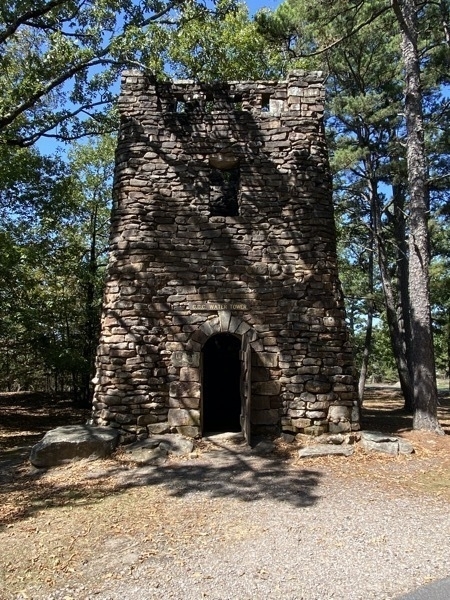 This was a water tower according to the sign, but I don’t know how it held water. 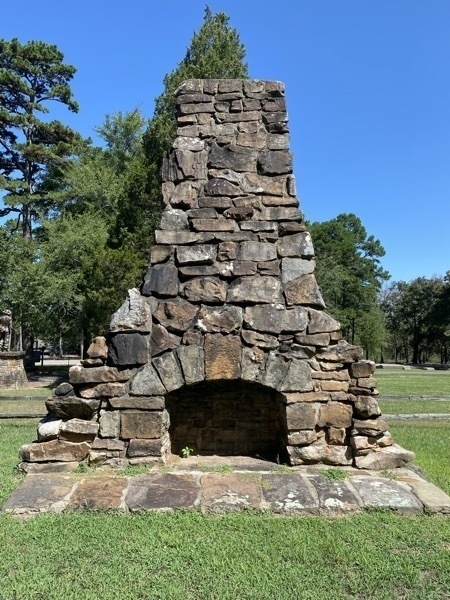 This chimney is the remains of the recreation hall where the men gathered to relax in the evenings after working all day for the huge wage os $1.00 a day!

Company V-1781 was the designation of Petit Jean’s CCC camp.  The “V” indicated the company employed WWI veterans.  Only 10% of CCC camps around the U.S, were veteran camps.  Most camps consisted of young men between the ages of 17 and 25, while veteran enrollees on Petit Jean Mountain were mostly ages 35-45.