We drove from Lee’s Summit to Branson and arrived around 2:30 in the afternoon on Monday.  It was 97 degrees when we got here which felt like 106.   We had a beautiful campsite facing the White River near Branson Landing.  It stayed miserably hot the whole time we were here. 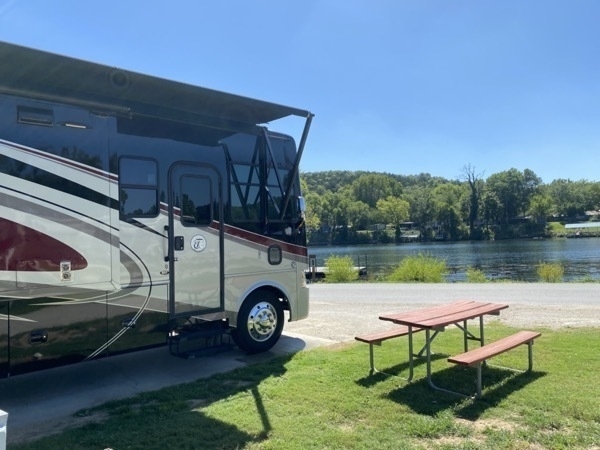 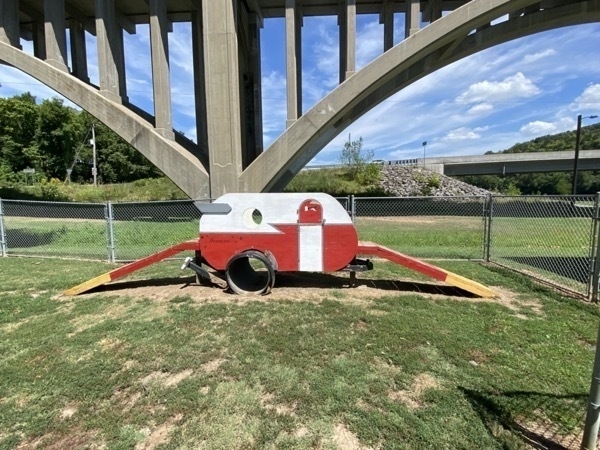 The dog part in our campground 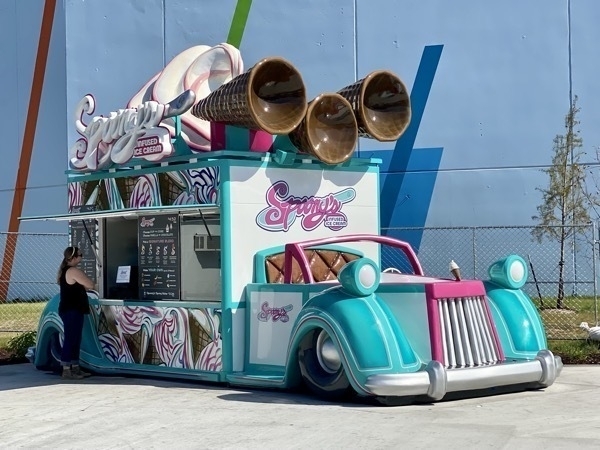 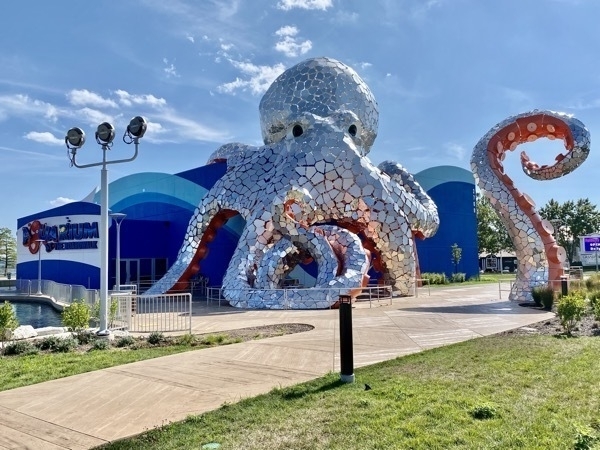 The first show we attended was Magnificent 7 which covered all types of music from 7 different decades as well as TV commercials from each of those decades.  Joe and Tamra Tinoco proceed and performed in the show along with their extremely talentedr16 year old daughter Tayla and a cast of four others.  A wonderfully entertaining evening. 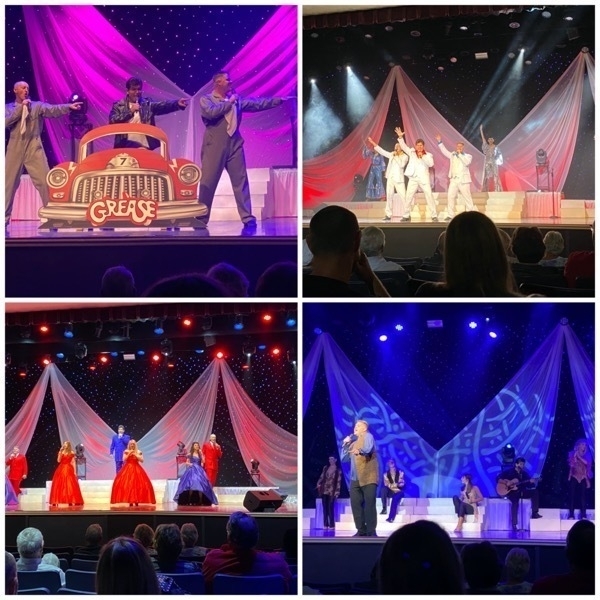 On Tuesday afternoon we went to hear the acapella group SIX, a group of six brothers who perform. 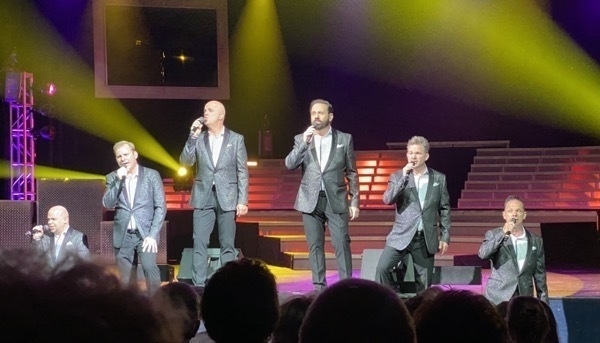 After the show we ate dinner at Mel’s Hard Luck Diner. It’s a 1950s themed diner that has talented, professional singers, as the waiters.   We had a good dinner and enjoyed the music provided by the waiters. 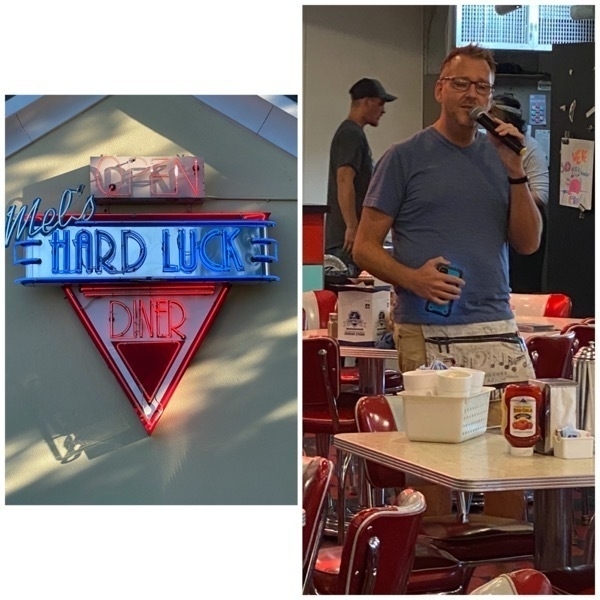 We saw two people order this huge ice cream desser to sharet, but we did not stick around to if they were able to finish it. The next show we attended was The Haygooods on Tuesday night. This was our third time to see them perform and as usual, they put on a fantastic show!  The group is comprised of 5 brothers and one sister who are all so incredibly talented and able to play many different instruments.  Michael started the show by riding a zip line from the back of the auditorium above the audience  to the stage hanging upside down while playing his guitar .  Catherine play the song “Let It Go” from Frozen on a harp which sounded beautiful.  This is a show everyone needs to see in Branson. On Wednesday we saw Hot Rods & High Heels and Clay Cooper’s Country Express.  On Thursday we enjoyed the #1 Hits of the 60’s and finished off the evening with entertainment by The Duttons. 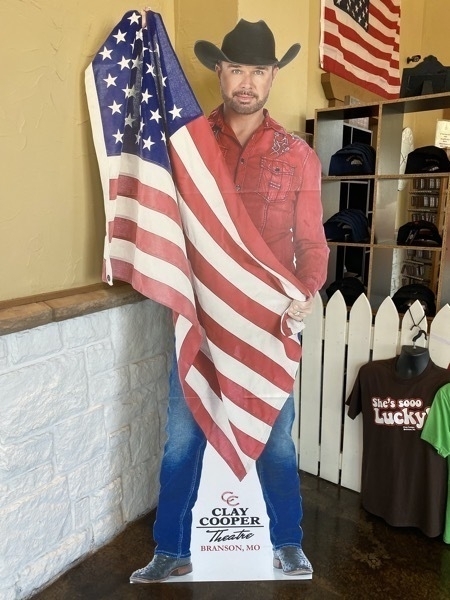 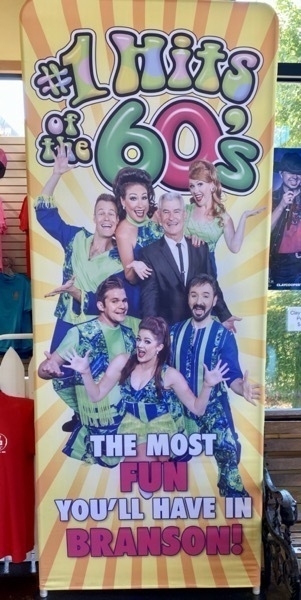 One big disappointment was that the show “Jesus!” At the Sight and Sound Theatre was not open  the week we were there.  We have seen the productions of “Sampson” and “Moses” in the past and those were absolutely amazing. The shows we selected were all very good, but we need to return another season sometime because Branson is miserable in the summer